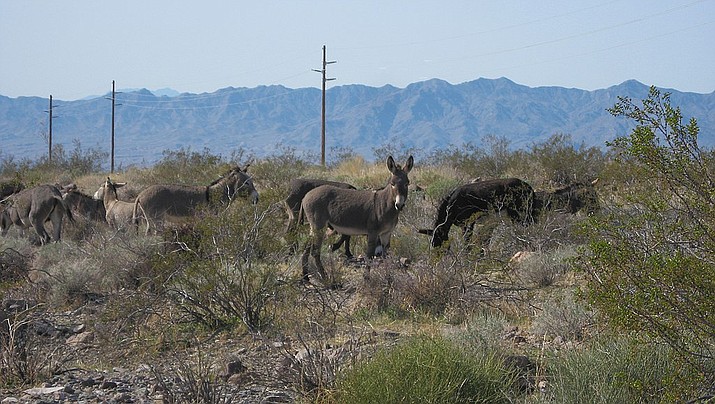 A defense of the Electoral College: I agree completely with the comment against the National Popular Vote proposals. We are and should remain a democratic republic.

A peek into opioid user’s brains: Opioid abuse IS a choice the first time you abuse it. Some first time choices have lasting consequences, like having unprotected sex and the first cigarette. Good first choices are informed by ethics and morals taught from an early age.

Ross Perot obituary: H. Ross Perot put to rest the lie that all billionaires are greedy by funding the commando raid to Iran that freed two of his employees held in prison there because of the disastrous foreign policy of Jimmy Carter.

Burros are few in numbers, slow to produce: BLM issues “fake” data on burro “over-population?” Sounds par for course under this White House Administration. VOTE them OUT in 2020.

Editorial – Let’s help our children get the best education possible: On $150,000 home 67% of the property tax already goes to school bonds/education. If you need to solve overcrowding, you need to change boundary lines and create quality amongst all the schools first before coming to taxpayers.

KUSD Bond: Why not offer a choice of several bonds; one for security, one for roof repair, one for HVAC in the classrooms, one for new or air conditioned buses, and one for refurbishing Palo Christi? Give the voters a choice!

Sex Education: Who is going to decide the gender of eighth- and ninth-graders when they are separated by gender for sex education? Maybe some biological boys will identify as girls, then what?

Getting primary care in Kingman is nearly impossible: Preaching to the choir – or whole town in this case. Yes, you wait about three months to see your own doctor, then get five minutes and allowed one ailment. Urgent care’s a joke for anything serious.

Mexican president gets little backlash from stopping migrants: Thank you Mr. President of Mexico and thank you President Donald Trump. Laws are laws! While libs insist there are ONLY 11 million illegals in the U.S. Better checking says it could be up to 30 MILLION! That’s serious.

Getting primary care in Kingman is close to impossible: Wait till Trump’s masterminds get their hands on your insurance!

Community view – Candidates for president trying to make changes with blurry eyes: Where have you been for the last two years? The hate-filled agenda is coming from the White House. It’s us versus them, constant turmoil.

GOP gearing up for 2020 election season: “Hold your nose and vote?” We do that and Trump gives us somebody like Secretary of Labor Acosta!

Recycling: To the rants and rave person coming from San Bernardino. Why did you leave California? You are welcome here but please don’t tell us what to think as to how often our trash gets dumped. Get the lay of the land first.

Trump administration plans immigration enforcement action: Since when did “immigration enforcement” mean spreading terror and fear throughout OUR Hispanic population? Since we forgot who we are as a nation? As neighbors? These tactics are hurting real human beings – families and children. AND solving NOTHING! Shameful ...

Candidates for president with blurry eyes: I think your LOGIC is blurry, when you think those attempting to PROTECT our Constitution and the Rule of Law in this country are the problem. Perhaps keeping up with so many candidates and new ideas has “taxed” your capacities.

Candidates for President trying to make changes with blurry eyes: I suggest that Sally read the Constitution AND the Mueller Report to “clear” her vision. Both are crucial reads! It’s worth noting that the Founding Fathers kept slaves. Some of us have actually progressed since then, sadly, some have not.