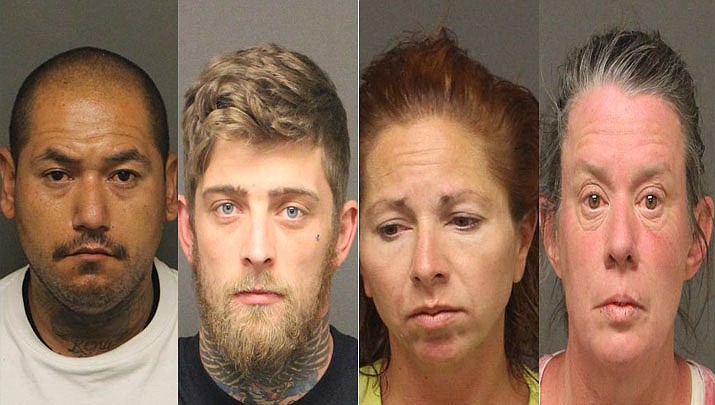 Kingman Police Department officers arrested David Lyndon Grassie, 28 of Kingman, on felony charges of aggravated assault and prohibited possession of a weapon. Officers responded to the 3400 block of North Diamond Street at approximately 10:50 p.m. Saturday, July 6 after receiving 911 calls of a shooting. 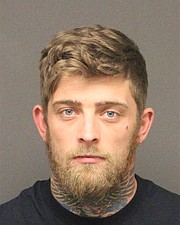 It was reported the vehicle fled the scene and left a 42-year old man lying in the street. Officers arrived and found the man to be alive but unresponsive. Officers later learned that the man wasn’t shot but probably passed out after being shot at.

Officers located Grassie a short time after in the vehicle matching the description witnesses provided. Grassie, who admitted involvement in the offense, is prohibited from possessing a firearm. Grassie was booked into the Mohave County Adult Detention Facility and the investigation is ongoing. 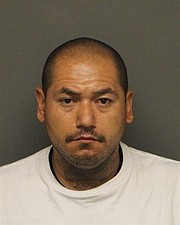 At approximately 3:20 a.m. Thursday, July 4, deputies observed a vehicle traveling in the 4200 block of Vanderslice Road and a records check revealed the registration was expired. A traffic stop was conducted at the intersection of River Valley Road and River Valley Place where deputies made contact with the driver, identified as Galeana.

Galeana provided deputies with his driver’s license and registration, which didn’t match the vehicle. The vehicle was towed from the scene, and Galeana requested to retrieve his personal items, which included a backpack, from the trunk of the vehicle.

A search of the backpack revealed a handgun, 26 grams of marijuana, and other drug paraphernalia items. A records check revealed Galeana to be a prohibited weapons possessor.

Galeana was arrested and booked into Mohave County Adult Detention Facility without incident. 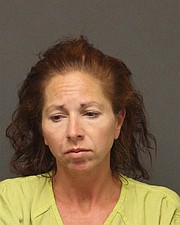 At approximately 5 p.m., Wednesday, July 3 deputies responded to a shoplifting in progress at a business in the 5200 block of Highway 95. Upon arrival, loss prevention staff advised deputies that they were currently watching a female subject, later identified as Lombardo, and they believed she was going to exit the store without paying for her merchandise.

They said they observed Lombardo enter the store and fraudulently return items she had not paid for. They also advised they had watched Lombardo remove a theft detection device from a pair of wireless headphones, put the headphones in her bag, and place the device on a shelf.

Lombardo grabbed her bags and headed toward a back exit, where she was met by deputies and loss prevention staff, and was detained. It was discovered she had three bags full of unpaid merchandise. The total price of all the unpaid items was approximately $550.

After reviewing surveillance video, it was determined that Lombardo entered the store with a receipt, fraudulently returned items she had not purchased, and received cash for the return. Lombardo exits and returned to the store a short time later, where she was discovered placing items inside bags before attempting to exit the store without paying. 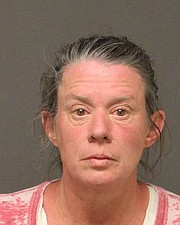 Tubbs allegedly attacked a 69-year-old woman in the 200 block of North Third Street, striking the victim in the head with a wooden stick. The victim had been walking along the street when attacked. A witness came to the aid of a victim and Tubbs attacked the witness by striking her car.

Officers arrived and located Tubbs inside a convenience store in the 200 block of Beale Street where she was taken into custody without incident. It was determined that the attack was unprovoked and was due to Tubbs’ emotional/mental condition. Tubbs was booked into the Mohave County Adult Detention Facility. The victim was not seriously injured. She was treated and released from the scene.