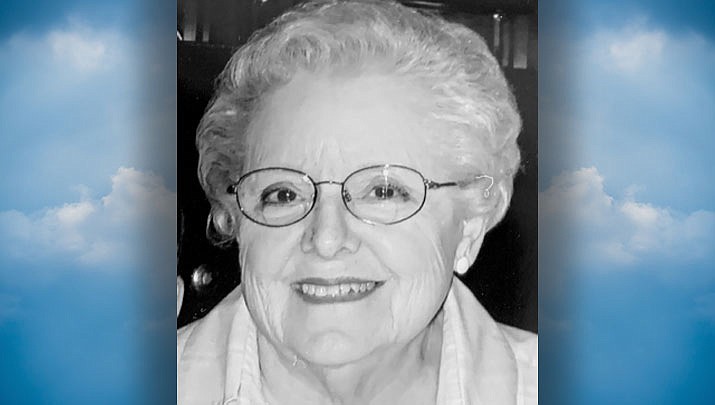 Hanson, passed away peacefully with family by her side on July 19, 2019.

She grew up in Meriden, Iowa and graduated high school in 1952. Colleen played varsity 6-on-6 basketball and made it to the state tournament twice. She was also active in band, playing several instruments.

She attended NBT Business College in Sioux City following high school. After completing her coursework, she began working at the Cherokee Telephone office. She married the love of her life, Richard Hultman, on July 18, 1954 at the Meriden Evangelical Free Church where they met at age 12. They lived in Cherokee, Iowa where they raised their four children; Ron, Jodi, Cindy and Russ. Colleen began her 18 year career at JC Penney in 1960, first in the fabric department, as she was a very talented seamstress. She eventually became the store’s office manager.

Colleen was a member of the Cherokee Presbyterian Church and enjoyed playing bunco and pinochle. After many summers spent on the lake with friends and family, the Hultmans moved to

Arnolds Park for nine years before moving to Kingman, Arizona after retirement in 1996. They worked together as park managers of the Mesa Verde Senior Living Mobile Home Park where they resided for 22 years.

Colleen was an active member of the Kingman Presbyterian Church where she served as treasurer and other various roles through the years. You would often find her at bridge club, Bible study and social club gatherings. She delighted in following activities of her grandchildren and visiting family and friends each summer in Iowa.

There will be a memorial service will be held at 1 p.m. Thursday, July 25, 2019 at Kingman Presbyterian Church, 2425 Detroit Ave., Kingman, Arizona.