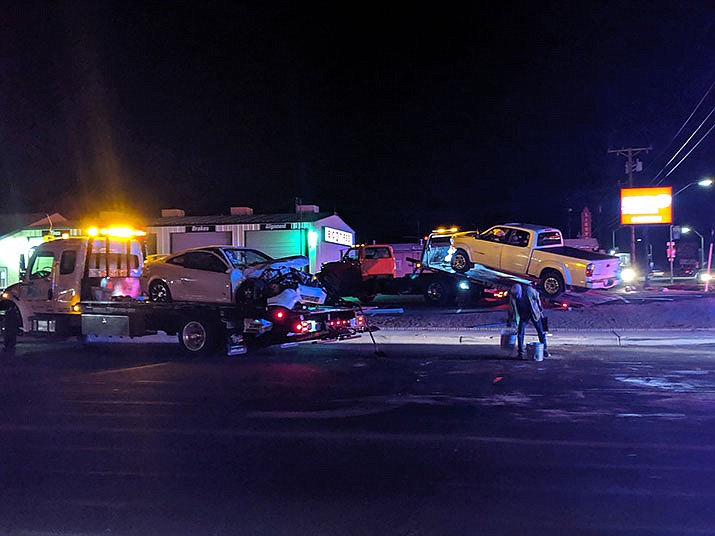 KINGMAN – Two 17-year-old Kingman boys, one in a sedan and another in a pickup truck, were involved in a near head-on crash Thursday, July 18 at the intersection of East Andy Devine Avenue and Stockton Hill Road.

The Kingman Police Department arrived on scene at around 8 p.m. Investigation revealed that one of the boys, driving a white Chevrolet sedan, was headed through the intersection from Stockton Hill Road when the other boy, driving a Toyota truck, approached from the opposite direction and started turning left into the other vehicle’s path.

No injuries were reported and no citation has been issued. The investigation is ongoing.