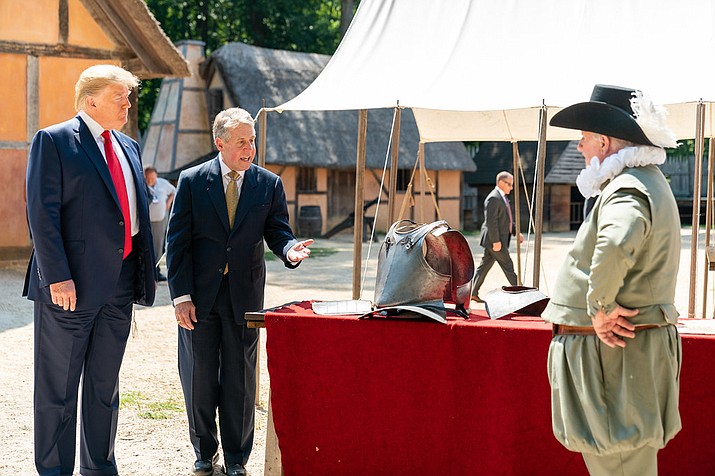 KINGMAN – Next to “Warriors and Defenders of our Constitution” dinner on Oct. 19 with Republican Sen. Martha McSally and a former adviser to President Trump, Sebastian Gorka, local conservatives plan to install an annual Trumpstock festival in Kingman.

Its first edition is planned for Oct. 4-6 at the Mohave County Fairgrounds and “all conservatives and Republicans are invited,” wrote State Committeeman at Arizona Republican Party and Trumpstock’s founder Laurie Bezick from Bullhead City.

The festival’s website encourages local sponsors to spend $15,000 to affiliate themselves with this “caring” and “compassionate” event, but the main entertainer, a rapper nicknamed Nitemare, in his lyrics calls former President Barrack Obama “a Muslim-ass queer” and spreads Islamophobia.

“I am comfortable standing next to this rapper,” said Dr. Lawrence Schiff from Conservative Republican Club of Kingman, who will be one of the speakers. “I think Trump is a bridge to true conservatism. The economy is booming and he really fights for this country. Cursing is not my thing, but I’m willing to speak anywhere I can talk about what’s best for this country.”

With Arizona identified as one of the top 2020 battleground states, both local Democrats and Republicans are getting busy activating the base.

Other guests include Peter Boykin, a right-wing activist and founder of a group called Gays for Trump, and Patriot Movement Arizona President Lesa Antone. Other people involved in the project are David Sumrall of Stop Hate awareness program from Texas, and fantasy novel writer John Galt Guss, who in February joined American Jewish right-wing political figure Laura Loomer at her Twitter protest.

The festival’s mission is to celebrate the “joy of being American.” It is open to “Conservatives, Independents, and Republicans of all ages,” the website says. Tickets cost from $50 to $300.

Trumpstock: ‘The joy of being American'
GOP gearing up for 2020 election season
ANALYSIS | Is Martha McSally in trouble?
Mid-October busy for local Republicans
Senate primary splits Arizona conservatives between 2 icons