GOP picnic in the Hualapais on Saturday 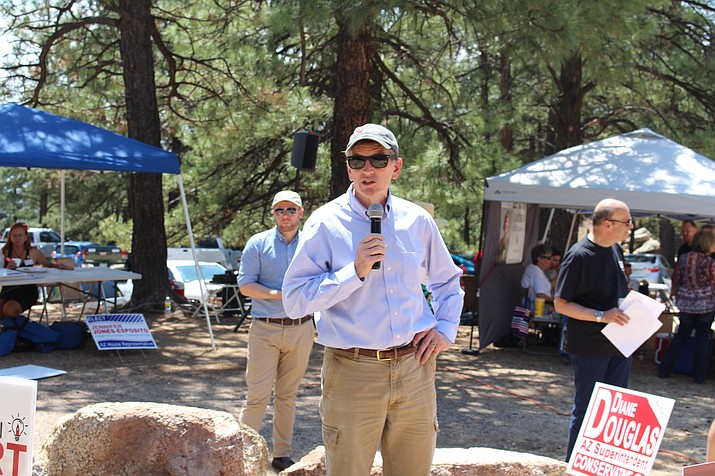 Arizona GOP Chairwoman Kelly Ward and U.S. Rep. Paul Gosar (R-Prescott) will be among the speakers. The event’s main sponsor is Great American Pizza, a Golden Valley restaurant famous for its #MAGA subs and a political approach to pizza, with pies named the Great American Cheeseburger Pizza and the Second Amendment (it’s loaded).

State Reps. Regina Cobb (R-Kingman) and Leo Biasiucci (R-Lake Havasu City), as well as Mohave County Supervisor Hildy Angius, are listed as co-sponsors. There will be a drawing at 2:30 p.m. and there are three donated guns to win.