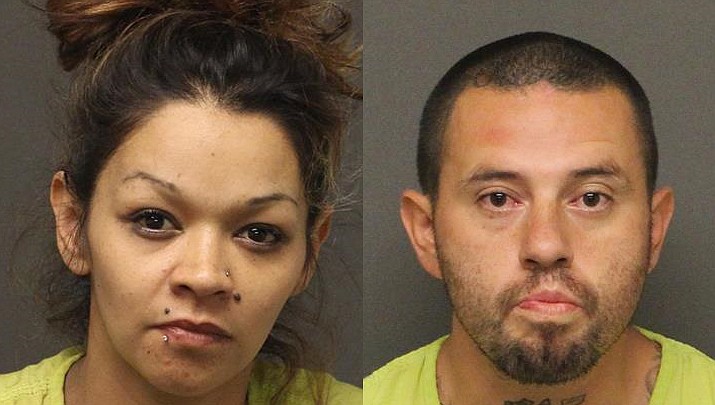 KINGMAN – Hiding under a pile of laundry and giving a fake name to Mohave County Sheriff’s Office deputies instead of coming clean didn’t pan out for two Kingman residents arrested Tuesday, June 4 for criminal trespassing.

The Kingmanites arrested were Diana David, 35, and Jared Shane Ley, 32. At about 7:20 p.m. Tuesday, deputies responded to a residence in the 4000 block of Pinal Street in reference to suspicious activity. The reporting party believed squatters were inside a vacant residence.

In contacting the property owner, deputies were told no one had permission to be on the property. When deputies arrived on scene, a female subject came out of the house. Law enforcement knew the woman to be David from previous contacts, but she gave deputies a false name.

David said she was given permission to move into the residence, but her story change multiple times. She was detained, at which time deputies performed a safety sweep of the residence. They then discovered a male subject, identified as Ley, hiding inside under a pile of laundry. A records check revealed he had an active arrest warrant.