Djokovic has tennis history within grasp at the French Open 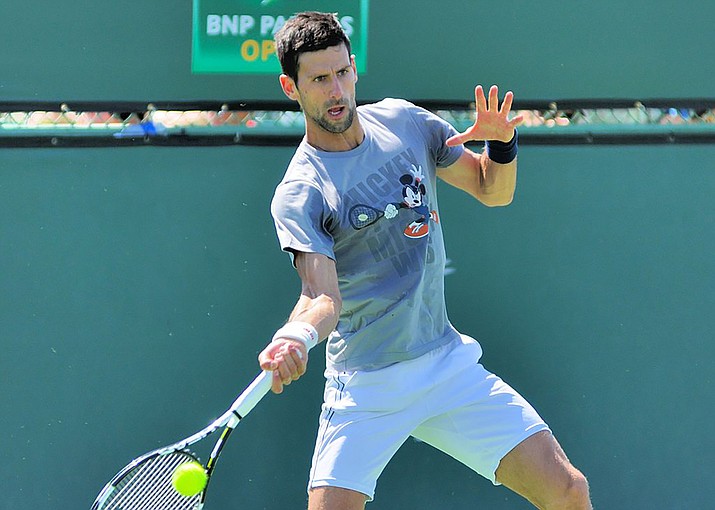 Serbia's Novak Djokovic is two victories away from doing something only one other man, Rod Laver, ever has in tennis: holding all four major titles at once on two separate occasions. (Photo by Christian Mesiano, CC by 2.0, https://bit.ly/2EQAqc7)

PARIS (AP) – Sure, Novak Djokovic wants to win each match he plays. And, yes, he wants to come through at key moments, such as when he got broken early in his French Open quarterfinal and was in danger of dropping a set for the first time in the tournament.

What matters most to Djokovic, though, is the big picture. And so he's excited to be two victories away from doing something only one other man, Rod Laver, ever has in tennis: holding all four major titles at once on two separate occasions.

"The longer I play or the further I go, I guess, in my career, the sense of history-making is only getting stronger. That's one of the greatest motivations I have, obviously," Djokovic said after a methodical 7-5, 6-2, 6-2 dismantling of Alexander Zverev on Thursday.

Djokovic already won four straight majors in 2015-16. And since his shocking loss to unheralded Italian player Marco Cecchinato in the quarterfinals last year at Roland Garros, Djokovic has compiled a 26-0 record at the Grand Slams, winning Wimbledon, the U.S. Open, and the Australian Open along the way.

"There is no better way to make history of the sport than to win Slams and play your best in the biggest events," Djokovic said. "Those are the pinnacle achievements that you can have in our sport."

Due to Wednesday's washout, Djokovic will be back on the court without a day's rest for Friday's semifinals against Dominic Thiem.

In the other semifinal, 11-time French Open champion Rafael Nadal renews his rivalry with Roger Federer.

It's the first time since 2011 that all top four seeds have reached the semifinals in Paris.

Even if Djokovic raises another trophy come Sunday, however, Laver will remain the only man to have won all four Grand Slams in the same calendar year twice, in 1962 and 1969.

Yet even Laver is awed by what Djokovic is accomplishing.

"I marvel at someone like Novak with his ability and his consistency," Laver said. "When you look at the way he plays the game, he doesn't go bang, bang, bang, ace, volleys. He wins every individual point from the baseline."

With so much physical exertion, there was a moment against Zverev when Djokovic appeared out of breath after sending a backhand wide to give the fifth-seeded German a break and a chance to serve out the opening set.

But Djokovic found his second wind, started pushing Zverev back and forth to the corners like a windshield wiper, broke right back and reeled off five straight games to take the set and a 3-0 lead in the second.

"(I) really thought that the first set should have gone my way," Zverev said. "Once he's in control, he's very tough to beat. He's world No. 1 for a reason."