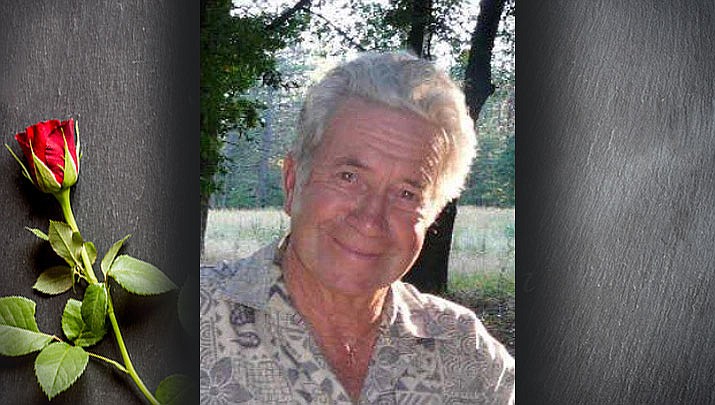 Alton Ray Chambers was born Feb. 7, 1932 in Alex, Oklahoma to Marvin and Pearl Chambers. He was the oldest of three children. His family moved to Kansas and then to California in 1944. Al grew up in Stockton, California where he met the love of his life, Mary Thelma Tatum, in 1949. They married shortly after in 1950 and were happily married for 57 years until her death in 2007. In their 57 years together they had three children, five grandchildren and 14 great-grandchildren.

Al worked in San Francisco as a stevedore/longshoreman until he retired in 1992. He then joined his wife Mary in running the family tavern and restaurant in Sunny Valley, Oregon. In 2003 they sold the tavern and retired to Chloride, Arizona. Al loved spending time in his shop and lived for anything with a motor. His hobbies throughout his life consisted of a love for motorcycle races, hydroplane races and traveling the country with his wife. He was a hard-working man and loved his family with all his heart.

Al never met a stranger, his laugh was contagious, and he could tell one hell of a story. His smile could light up a room and his easy laid back personality made him easy to love. He loved his life, his family and friends dearly. He was a beloved father, brother, grandfather, uncle and friend to many. Al’s life was full of love, laughter and joy. He will be sorely missed and cherished forever. He is survived by his sister; LaVeta and husband Bill Cash, brother; Dean and wife Judy Chambers, children; Audrey Chambers, Danny Chambers, Alton and wife Cheryl Chambers, grandchildren; Mike Breyette, Mary Jane and husband Brian Taylor, Josh and wife Lacee Dollins, Tatum and husband Robbie Goldsmith, Katie and husband Zach Jones, and 14 great-grandchildren.

I have lived, I have seen, I have roamed this earth for so long, my loves; I am tired. I crave my past dreams and the embrace of my ghostly love. I can rest now with peace in my heart and love in my soul. Do not cry for me my sweets, I am right where I’m meant to be. Love, Papa