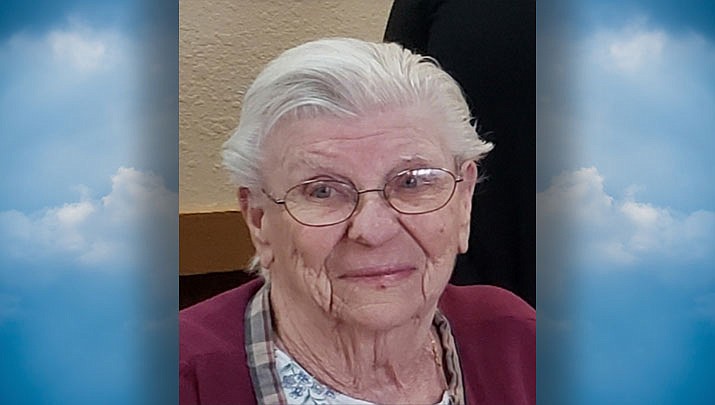 Leona is survived by her husband; John, and four children; Barbra of Kingman, Arizona, John (Pat) of Saginaw, Michigan, Brenda (David) Katz of Wentzville, Missouri, and Theresa Cullinane of Golden Valley, Arizona. Also surviving are 11 grandchildren; Johnny, Andy, James, Adam, Darby, Shire, Justine, Wade, Marie, Rachel and Tina, 18 great-grandkids, and four great-great-grandchildren. Leona is also survived by her sister; June Daly of Charlottesville, Virginia, and sister-in-law; Louise Holubik, and several nieces and nephews, and a special niece; Carol Wiles. She was predeceased by four sisters; Lola, Grace, Ann, and Yvonne, her brother; Chuck, and grandson; Mathew. Even though Leona never graduated from high school, when John started his own business, Hydraulic Installation of Freeland, Missouri, she became an active partner. She took care of all of the office work and also delivered parts to John when he was out in the field and unable to get the parts himself.

They enjoyed traveling all over the U.S. On one such trip they discovered Kingman, Arizona, and when John retired in 1995, Kingman became their home.

They enjoyed going to casinos and in 1997 Leona actually won a car playing the slots.

A memorial mass was held May 17, 2019 at Our Lady of the Desert Roman Catholic Church. At a later date, a memorial service will be held in Michigan. Donations in Leona’s name can be made to our Lady of the Desert, Dolan Springs, Arizona 86444, or to the donor’s favorite charity. Arrangements were made by Desert Lawn Funeral Home.