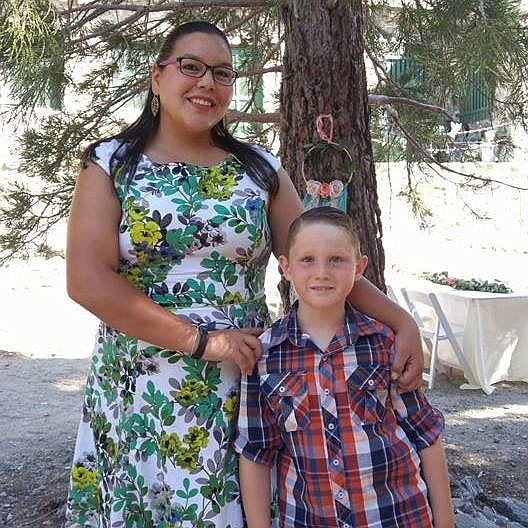 Jessica Orozco, shown with her nephew, James, in an undated photo. Gerald Richardson is set to go on trial for manslaughter as a result of her death when she arrived at his residence to return a child from a birthday party. (Courtesy)

KINGMAN – The Arizona Court of Appeals has granted Gerald Richardson’s special action request to have the two endangerment charges for which he was indicted remanded back to the grand jury.

Richardson sought to have those counts remanded back to the grand jury because, “He argued he was denied a substantial procedural right because the prosecutor failed to instruct the grand jurors on his justification defenses,” according to court documents.

At a hearing in March, Richardson’s attorney Robin Puchek said the prosecution provided to the grand jury possible justification defenses for the manslaughter charge, however, it did not do so for the endangerment charges.

Richardson, 58, is charged with manslaughter. As per the order from the court of appeals, Judge Derek Carlisle on Friday dismissed the two endangerment counts and remanded them back to the grand jury.

Richardson told detectives he was asleep on his couch in October when Jessica Mae Orozco arrived to bring a child back from a birthday party. He wasn’t expecting anyone, and Richardson believed the person trying to enter his residence through the front door was an intruder.

He fired one shot from a firearm that struck Orozco, who was transported to Kingman Regional Medical Center where she was pronounced dead. The endangerment charges were in relation to the children present at the time of the alleged actions.

The prosecution indicated that it’s likely a new indictment will be sought for the endangerment charges. Richardson’s trial on the manslaughter charge is set to begin with jury selection at 9:15 a.m. Monday, June 10.