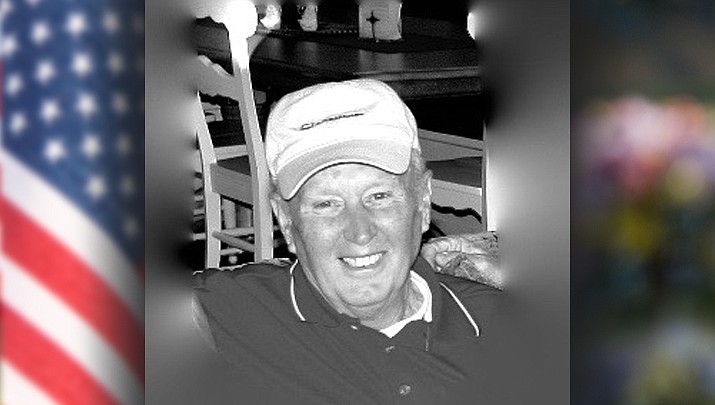 On Monday, May 20, 2019 our loving husband/father/uncle/friend went home to be with his Savior in Heaven at the age of 82. Though he left this earth, we take comfort in knowing he is in the arms of our loving Father, along with his parents, siblings and friends he longed to see again. Merrill passed away peacefully in his sleep, after suffering complications due to a stroke, with his wife of 57 years by his side.

Merrill Dean Sandy was born April 24, 1937 to Clifford and Helen (Petersen) Sandy in Fort Dodge, Iowa. He spent his childhood in Iowa and enrolled in the military as soon as he was old enough. He spent four years in the U.S. Army and then went home to marry his sweetheart and lifelong love, Gloria A. Weik on Dec. 4, 1961. They spent over 58 years together as a couple and raised two beautiful children together. Derrick Lynn was born Jan. 15, 1969, and Heidi Ellen was born three years later on July 27, 1972.

Merrill tried many jobs, such as postal serviceman and police officer, before he settled on a great career as a brakeman/switchman with Burlington Northern Railroad based in Omaha, Nebraska. He retired from the railroad after 40 years of commitment and service. In 2010, Merrill and Gloria moved to Kingman, Arizona to be close to his brother Kay (Leroy).

For the next 8 years, they spent much quality time together; going for rides, getting milkshakes and frozen yogurt, sightseeing around the beautiful desert and attending family functions with his nieces and their families. He loved spending time with family and reminiscing about old times. He always had a great story to tell and those will be forever treasured in our memories. Merrill enjoyed traveling to Washington and Iowa to visit his children and grandchildren every chance he could get. One of the highlights of his life was fishing with his granddaughter, Taylor. Merrill loved to fish, hunt and play cards. He was very proud of his children and talked about them often to dear friends he met at the Fitness Center, yogurt shop, and other places he frequented. He became dear friends with strangers and had such a gentle, loving spirit. He will be forever remembered and greatly missed, until we are all reunited again one day in Heaven.

A Memorial Service/Celebration of Life may be planned at a later date. Cremation services were provided by Mohave Memorial Funeral Home. Donations can be made to the Joan and Diana Hospice Home in his name.