‘Dark Phoenix’ hits on everything but plot
“The Women are always saving the men around here. You might wanna change the name to X-Women.” – Mystique 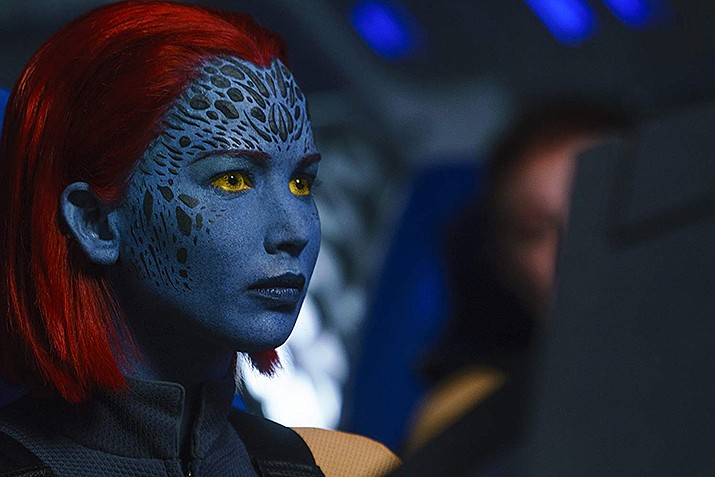 Let’s face it. Marvel holds a begrudging attitude toward character development for their female movie heroines. Despite hundreds of female superheroes in the Marvel canon with extensive, full-featured back stories that span half-a-century, only two have made it to the big screen in their own films. Jean Grey is arguably one of the most recognized X-Women who has appeared in the X-Men films. This last installment – the finale to the X-Men franchise – brings stylized scenes, stupendous action, exquisite effects, accomplished cinematography, and brilliant acting. Regrettably, those superior elements teeter atop a plot that is elementary and contemptuous to the intelligence of the fan base.

In “Dark Phoenix,” fans are shown Jean’s childhood background. A car accident earns her a place in Professor Xavier’s foster home for magical misfit kids. With her memories repressed, she learns the truth of her childhood betrayal when a nebulous space energy – the Phoenix Force – infiltrates her body during a mission and boosts her psychic powers to cosmic levels. While Professor Xavier and the X-Crew try to keep Jean focused on happy thoughts, a group of aliens are hunting her in hopes of slurping the Phoenix energy from her body and destroying the galaxy ... or Earth ... or whatever.

“Game of Thrones” fans, the Queen in the North does good by you. Everything you wished Sansa had done to Daenerys in Season 8 comes to fruition in “Phoenix.” Turner is a welcome precursor to Famke Janssen’s Jean. Though she has nothing to work with in the plot, she manages to articulate the budding triad of Jean Grey emotions: rage, self-sacrifice and remorse. Turner seems to rip into her soul to provide this emotional depth. Fans will pray that she is able to unleash her full acting chops and Western wear in later installments of an X-Men reboot.

How does a movie waste the spectacular chameleon acting abilities of Jessica Chastain?! Her character is so cookie-cutter, bland and incredibly boring that Chastain fans may be in denial that it was really the actress. Spoiler: She is the leader, Vuk, from the alien group, D’Bari. Marvel comic-readers may find that info as a letdown, but non-comic readers will simply wonder if she is one of the alien Skrulls from Captain Marvel. She is not.

James McAvoy and Michael Fassbender are brilliantly consistent in their time-flipping roles as leaders of two future-warring mutant factions. “Phoenix” shows that Professor Xavier was self-ingratiating behind a facade of humility as he used youthful mutants as pawns on his path to glory. Magneto is living off-grid in a mutant commune and is supposedly incensed that Jean is not making good choices. Audiences won’t find it believable.

Fans may wonder how Jennifer Lawrence would exit the franchise after the actress reported she was exhausted with her role. She leaves with attitude. Her character is played straight without enthusiasm or passion. Spoiler: Marvel could take a risk and make the female character deaths as engaging and sentimental as those of the men. It’s okay if they topple Iron Man as a fan favorite.

Alexandra Shipp returns as Storm. First appearing in “X-Men: Apocalypse,” Shipp provides a performance that cuts through the unremarkable script and portrays the regal Storm as a young woman who has learned to control her powers and is a focused, selfless mentor. In the comics, she helps Black Panther and, in “Phoenix,” young Storm still has the accent from her home language when speaking English. Maybe a mash-up is in order for these characters.

For fans, the other characters who you love are rushed hastily through their scenes with nothing substantial to lend from their minute roles other than trying to find and placate the uncontrollable Jean: Nightcrawler pops around in nicely generated clouds of blue vapor, Cyclops screams “Jean!” incessantly, and Beast McCoy is supposed to be grieving through most of the film, but he just seems to growl, turn blue and jump on things. Sadly, this is not a whimsical oversimplification.

In the comics, the Phoenix Force is an omnipotent force that can create life. Once it merges with Jean, she is filled with an unquenchable thirst for power that she battles as she commits genocide and is driven to insanity. If only “Dark Phoenix” were thirsty enough for an unquenchably creative plot that drove viewers to celebrate the beginning and end of a heroine.

For Fans of the MCU: This plot is not worthy of any finale in any franchise but the action, acting and effects are noteworthy. 2 out of 5 Phoenixes

Fans of All Things Action: 4 out of 5 Phoenixes

Fans Who Can’t Watch A Movie Without A Captivating Plot: 0 out of 5 Phoenixes

'Logan,' the final chapter for Wolverine, is the best of the X-Men franchise
Character development lacking in ‘Captain Marvel’
Comic book genius Stan Lee, Spider-Man creator, dies at 95
‘Zombieland: Double Tap’ is so simple it’s satisfying
A fitting installment in the Marvel Universe