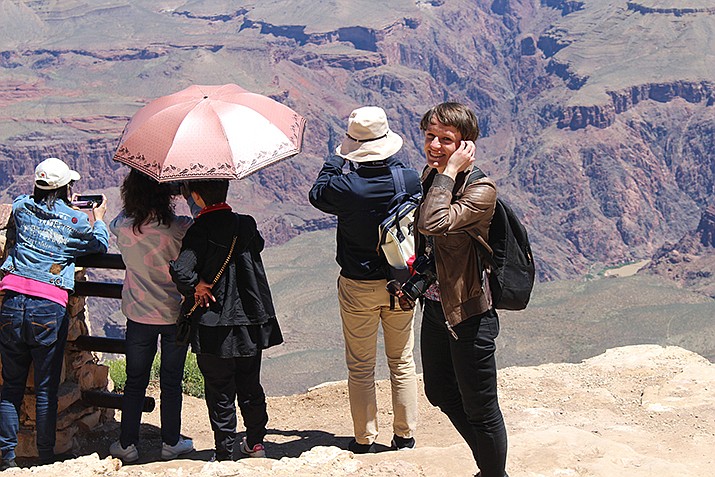 KINGMAN – Sup. Buster Johnson of District 3 went to Washington, D.C. to testify against the Grand Canyon Centennial Protection Act, which if passed will make permanent a uranium mining ban set to expire in 2032 on 1 million acres of buffer zones north and south of the Grand Canyon.

Johnson claims the act H.R.1373 does nothing to protect the Grand Canyon, which is already protected well-enough.

This “atrocious” ban was never meant to be a permanent one, said Johnson, who is working with Rep. Paul Gosar, R-Arizona, to lift what the latter called an “anti-mining and anti-American attack.”

“It has cost our local economy and that of our neighbors in Utah nearly $29 billion,” Johnson said.

The act was introduced by the Arizona Congressional Democrats, who disagree the current safeguards and environmental protections make uranium mining safe and “far different” than during the Cold War.

“Unchecked mining is already damaging inhabited areas around the Grand Canyon,” said Rep. Raúl Grijalva, D-Arizona, who chairs the House Natural Resources Committee. He also said the Trump administration “has set shameful new records for industry giveaways, and this is one of the worst.”

Following an executive order from President Donald Trump, the Interior Department led by then-Secretary Ryan Zinke identified 35 minerals as critical – including tin, potash, uranium, and cobalt. The idea is to locate domestic supplies of these minerals and expedite permitting for such projects. Interior’s Bureau of Land Management, which is responsible for 700 million acres of sub-surface mineral estate, was ordered to revisit its permitting policies.

According to Gosar, “The area far outside the Grand Canyon that Grijalva is trying to permanently ban constitutes the bulk of a 326,000,000 acre uranium reserve, the subsurface of which contains significant portions of what is by far the largest tract of uranium deposits in the entire nation, in addition to the highest grade of uranium deposit in the nation by a factor of six.”

During the hearing, Johnson pointed out that uranium mining is already in the ground.

“We are not putting uranium into the ground. It is already there. The theory put forward by environmentalists that it is hurting the ground water is completely false,” he said.

Coral Evans, mayor of Flagstaff, also testified Wednesday alongside leaders of the Navajo, Pueblo and Havasupai tribes in support of the act.