Does the county need a communication director? 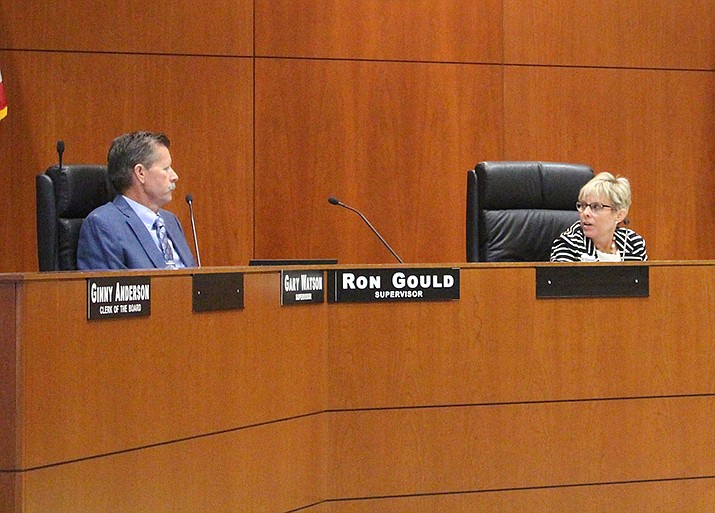 Mohave County supervisors will vote on the possibility of creating a permanent position for a communication director. Chairwoman Hildy Angius thinks it is a good idea; Supervisor Ron Gould disagrees. (Photo by Agata Popeda/Daily Miner)

KINGMAN – Mohave County supervisors will vote on the possibility of creating a permanent position for a communication director. The issue seems to be divisive; its future should be determined during the next board meeting at 9:30 a.m. Monday, June 17, at the county’s Administration Building, 700 W. Beale St.

According to Chairwoman Hildy Angius, Mohave is the only county that doesn’t have a public information officer while some counties have entire communication departments. Angius mentioned at the June 3 meeting the county had such a specialist in the past, but “things happened years ago” and “they are not here anymore.”

Angius assured her colleagues that this would not be a political job, just someone to take care of the county’s social media and “get information out.” She admitted she sometimes receives phone calls from people who admit they don’t know who to call in the county if, for example, a bus would roll over.

The communication director would report to the county manager and this way the board would not have to rely on the newspapers to get information right “sometimes,” Angius said.

Supervisor Ron Gould from District 5 expressed his doubt if adding a communication director position would benefit anyone.

“I don’t like the fact that someone would speak for me,” he said and added that supervisors have their own voices. He also pointed out the press would probably prefer to speak to individual supervisors than to a “spin doctor,” too.

The board will vote on the item Monday.