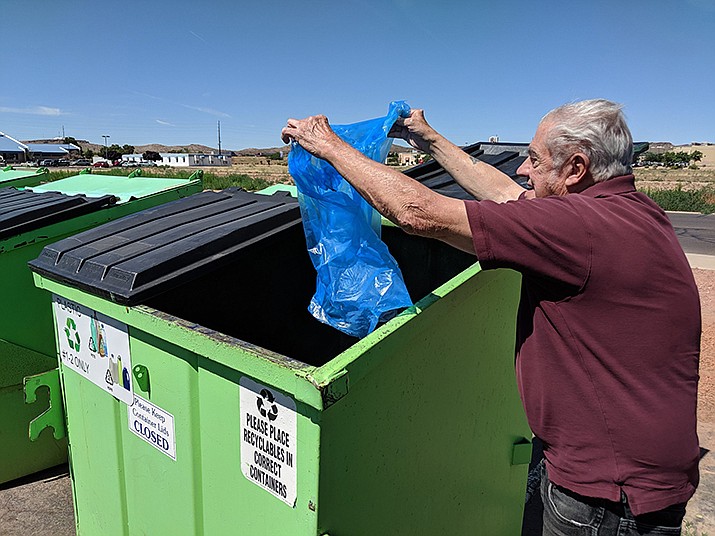 KINGMAN – The City of Kingman is making changes to its EZ Recycling Drop Program in an effort to educate residents and cut back on the contamination of recyclables.

There are currently seven community drop-off locations for recyclables. They are at Basha’s, 3360 E. Andy Devine Ave.; Centennial Park, 3333 Harrison St.; near the Mohave County Fairgrounds; at Louise and Railroad avenues; at Safeway, 3970 Stockton Hill Road; at the South Side Little League Park at the east end of Buchanan Street and at Mohave County Public Works, 3675 E. Andy Devine Ave.

But those drop-off locations won’t be around for much longer, as the week of June 24 they will all be relocated to the City’s Public Works facility at 3700 E. Andy Devine Ave.

Starting the week of June 24, EZ recycling bins will be relocated to the City’s Public Works facility at 3700 E. Andy Devine Ave.

The market for recyclables has seen better days, explained Sanitation Superintendent Ed Tapia. Much of that material used to be sent to China, however, due to new restrictions imposed, that is no longer an option. That, paired with high levels of contamination, has led to the change.

“If you have a bale of cardboard and let’s just say you had a pizza box full of grease, that right there contaminates the whole bale,” Tapia explained, noting Kingman also has trouble with Styrofoam and plastic bags.

Moving the drop-off bins to public works will let City staff educate recyclers as they come in, which will in turn save Kingman money by reducing contamination levels. The hope is for that education to help mark an end to “wishful recycling,” which Tapia described as items thrown into bins that people assume or hope are recyclable. That practice, he said, does more harm than good. 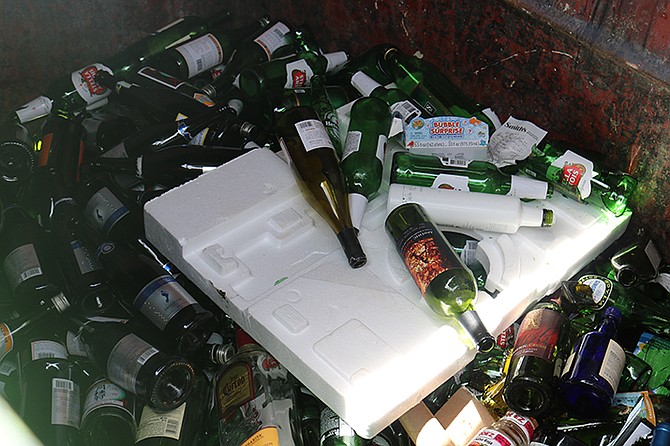 “We’re going to provide that one-on-one service,” Tapia said. “As the customer pulls in we’ll have operators to assist them, and can educate them on what we do and don’t collect. That way the next time they come in they’ll know that they’re bringing the right commodities. Overall, we believe it’s going to be a cost-savings effort. With a cleaner product we should be able to get a better price.”

Drop-off bins will begin to be moved starting the week of June 24. Tapia said they should all be at 3700 E. Andy Devine Ave. by July 1. That drop location will be open from 7 a.m. to 3:30 p.m. Monday through Friday and from 7 a.m. to noon Saturday and Sunday.

According to a City press release, acceptable items include glass bottles, plastics one and two only, paper and newspapers (but no magazines or junk mail), cardboard, and steel, aluminum and tin cans.