Dad may be gone for 30 years now, but I still miss him 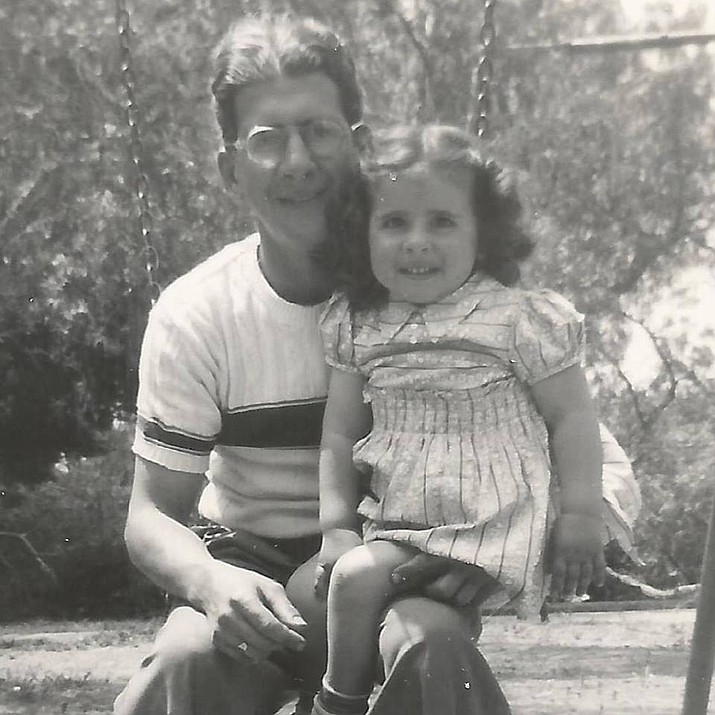 Miner blogger Linda Varon with Dad, about 70 years ago. (Courtesy)

Sometimes the memories of our Dad start to become a little vague.

I look at those old black and whites of the two of us and try to remember just what I was feeling at that moment. Just looking at Dad as a young man is sometimes hard to fathom.

To us he was always just our Dad and always seemed old. When I take out the wooden cheese box of things I saved, I remember those like yesterday. The love letter to my mom from 1938. His glasses and hearing aid. The little book that everyone signed on what was his last Father's Day.

I really did think he was old when he passed away at only 65 years old. Interesting how what is really old can change so much as we ourselves age.

He was still enjoying his life until he got sick. A regular at the fishing pier early every morning. It seemed so unfair that when he was finally able to quit working, he had so little time to enjoy being retired. Daddy was a very private person and did not really talk much about when he was growing up.

I do, however, remember that small scar on his knee. He mentioned how he was hopping freights at about age 14, and they caught him stowing away. They did not wait until the train stopped to throw him out. He was lucky that he only injured his knee when he hit the ground.

I remember my Dad always had so much respect for those in the military. He so wanted to join himself. But alas, a hearing loss kept him out.

He loved listening to the Mills Brothers on the radio and would often sing their songs around the house. He mostly sang them to my mother. Quite the romantic he always was. I do not think he ever forgot to bring Mom flowers on Mother's Day. She was, after all, the mother of his children.

Dad always enjoyed a good joke and had no trouble passing the good ones on. Dad was certainly not a perfect person, but having been raised without his own dad around, he pretty much had to wing it. Like my Mom, he only had one parent. Her mother passed away when she was still a child.

Dad always felt that he was looked down upon because of his lack of education. Even now, I believe he was one of the smartest people I ever knew. He loved to read those paper-back westerns, and he could finish the crossword in the New York Times.

I see a lot of my Dad in both my sons, especially the quick wit and good-natured ribbing.

Dad has been gone more than 30 years, and I still miss him and love him every day.

Happy Father's Day, Dad. This one's for you.