Is there too much water traffic in front of Davis Camp? 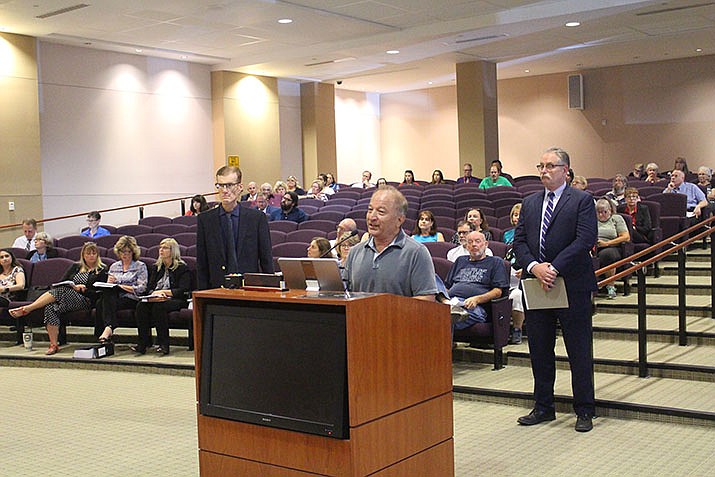 KINGMAN – The sole operator of Jet Skis in Davis Camp applied to renew its contract for another three years, asking the county’s permission to increase the amount of Jet Ski rentals from 30 to 50. But Chairwoman Hildy Angius from District 2, in which district Davis Camp belongs, said she’s concerned with “the huge water traffic.”

When Angius asked the applicant, Najib Noori, why he wants to increase the number of Jet Ski rentals, he replied they break a lot and often, and he’s not able to meet the demand of his customers.

“I rarely have more than 10-15 available,” he said. “That’s the reality. And the customers, sometimes families traveling from California or Canada, leave disappointed.”

Angius said she finds the local water traffic “becoming extremely dangerous,” to which Noori assured her that as a father of four, he is concerned with safety, and these days, Jet Ski enthusiasts receive really good training.

The renewal of the contract was an occasion for supervisors to express their larger views on the subject.

Supervisor Ron Gould from District 5 pointed out the operator has effectively a monopoly for something that should be open to everyone for a flat rate payment. Currently, Kabul, Inc. is the only operator in Davis Camp, even though, as Public Works Director Steven Latoski confirmed, anybody can come and launch their Jet Skis in the park.

But that was not what concerned Supervisor Buster Johnson from District 3 when he voted “no” along with Gould.

“It’s not up to us to control how many people are on the water,” he said.