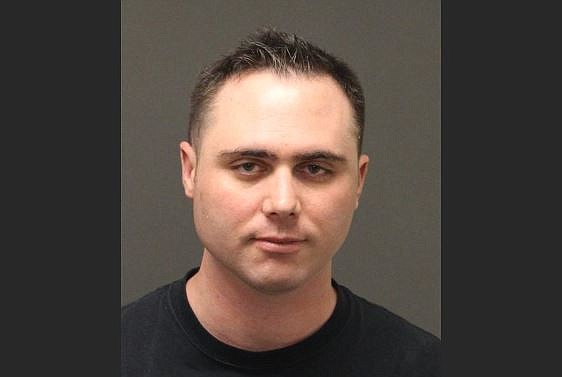 KINGMAN – Lukas Alan Adams, 26 of Kingman, was arrested at about 2:45 a.m. Tuesday, June 18 after officers arrived at a church to discover broken glass and Adams allegedly intoxicated and passed out.

Officers responded to a church in the 100 block of N. Fourth Street on a burglary alarm Tuesday morning. Upon arrival, KPD reports they discovered broken glass and Adams intoxicated, passed out and lying on the ground.

Officers observed a handgun lying next to Adams, and further investigation determined Adams was “extremely intoxicated” and had fired off at least four rounds from the gun. Those rounds hit the window glass in the church which caused significant damage to other items inside.

KPD reports Adams could not provide an explanation for the incident. He was arrested on four felony charges of aggravated criminal damage and weapons misconduct. Lukas Alan Adams was booked into the Mohave County Adult Detention Facility.