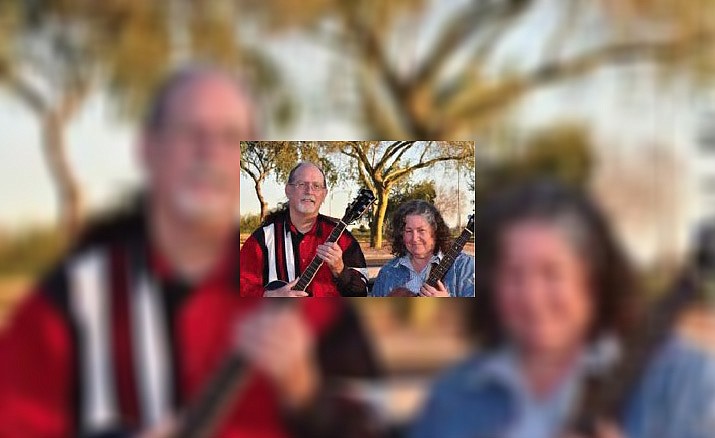 Doug and Barbara Barnett will be entertaining Kingman at 4 p.m. Sunday, June 23, 2019 at Metcalfe Park, on the corner of Beale Street and Grandview Avenue. (Photo courtesy Sounds of Kingman)

KINGMAN – It may be the first time Doug and Barbara Barnett are playing in Sounds of Kingman’s Concert in the Park series at 4 p.m. Sunday, June 23, 2019, but they’re not strangers to playing in front of a Kingman audience.

“I really enjoy Kingman,” Doug Barnett said. “It’s sort of what Phoenix was 40 years ago.”

Doug Barnett has a three-octave range, a Sounds of Kingman statement said. He has a strong, broad voice and a finger-style picking he uses on his acoustic guitar.

Barbara adds vocals, guitar and flute to the performance.

The duo is performance ready with more than 200 songs in multiple genres, including pop, country western, light rock, southern rock, bluegrass and folk.

The Barnetts have played at Black Bridge Brewery and Diana’s Cellar Door.

This time they’ll be performing at Metcalfe Park where it’s cool in the shade, lovely, and green. Bring your lawn chair, blanket, and picnic for what will surely be a fantastic time.

Information provided by Sounds of Kingman