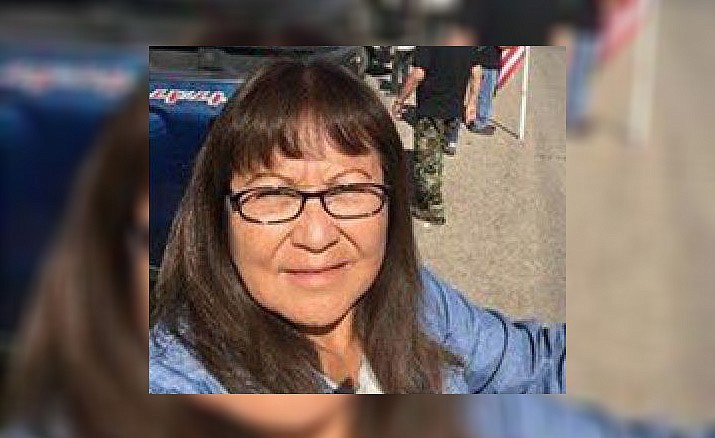 Cecelia Finona, 59, has not been seen since the night of May 30 when family members spoke to her at her residence on the east side of Farmington, New Mexico. Family members think she’s dead and her body could be in the Kingman area. (Photo courtesy of Farmington Police Department)

Farmington Police Department is investigating her boyfriend, Jerry Jay, 57, as a person of interest. Jay was seen in Kingman on June 3, but he seemed to be alone. He was arrested on a warrant from Farmington in Nevada on June 5, confirmed FPD Public Information Officer Georgette Allen. 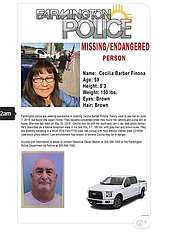 The flyer from Farmington, New Mexico Police Department regarding the disappearance of Cecelia Barber Finona. (FPD)

“The case remains under investigation,” she said.

“He was in Kingman for three days,” she wrote. “We have transactions that were made (t)here and we believe that my mother is in this local area.”

A male matching Jay's description was observed at a Kingman ATM around 9:51 a.m. on June 3, then observed entering a white, Ford F-150 pickup truck and leaving. The Kingman Police Department obtained surveillance video from a local business and a Farmington police officer reviewed it. The officers did not observe any other passengers in the vehicle, and no one else exited the truck.

Jay is accused of using Finona’s bank card and has been charged with a felony count of unlawful withdrawal from a financial institution, according to the arrest warrant affidavit.

He was convicted of second-degree murder in 1999 along with two felony convictions of aggravated battery of a household member in 1998, according to court records.

On June 1, a blood trail was discovered outside Finona's residence on the bottom of the front porch deck. The trail led from the front porch to the gravel driveway, from which Finona's white, Ford 150 was missing. It was initially reported that her vehicle was at the residence.

Investigators found a single eyeglass lens covered in blood, and a left eyeglass temple was found at the bottom of the porch deck. A crime scene investigator stated someone attempted to cover and hide the blood trail with potting soil.

Police found Finona's ATM card was used four times. It was used May 31 in Window Rock, on June 1 in Las Vegas, and June 3 in Kingman.