Four people take MCSO on a pursuit through Golden Valley, 2 at large 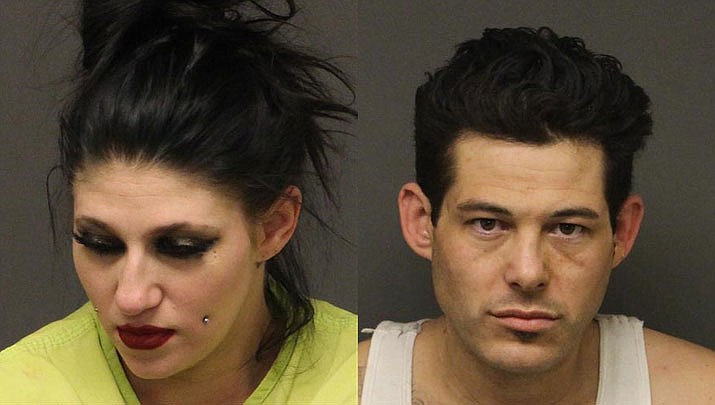 GOLDEN VALLEY - Deputies were driving in the area of Highway 68 and Adobe Road Saturday at approximately 12:45 a.m. when they observed a vehicle that appeared to have an altered tag.

A records check revealed the vehicle also had an expired registration. Deputies observed four occupants in the vehicle and when they attempted a traffic stop, the vehicle did not stop.

A pursuit ensued through the streets of Golden Valley where the vehicle pulled away from deputies. The vehicle was located a short time later near the intersection of Mazatzal Drive and Horn Road with open doors and no occupants inside.

Several other deputies responded to the area to assist with the search for the four occupants. DPS ranger helicopter also assisted. At about 1:20 a.m., a female subject was located near the abandoned vehicle and was taken into custody.

A 911 call from a citizen advised deputies a male subject had gone through the reporting party’s property in the 3300 block of Bacobi Road.

Deputies with a K-9 located shoe prints on the property and followed them to a field where the K-9 alerted the presence of a male subject lying on the ground. At approximately 2:50 a.m., deputies placed Michael John Viele, 37 of Arcadia, California into custody.

The other two subjects were not located and their identity is unknown at this time.