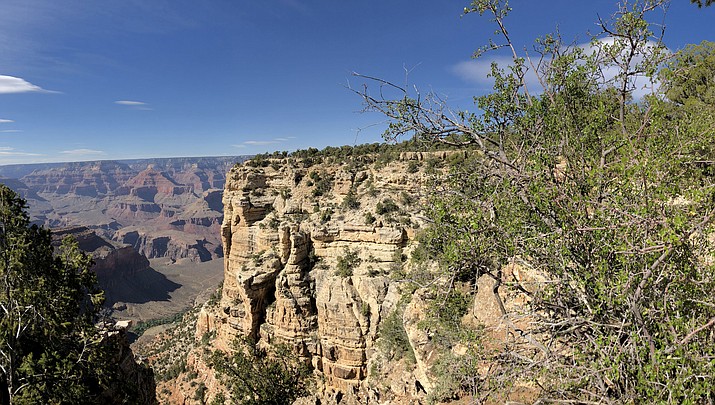 The Grand Canyon is celebrating 100 years as a national park in 2019. President Woodrow Wilson made the designation in 1919, but Teddy Roosevelt is credited for preserving the natural wonder as a game reserve and a national monument. (Photo by Claire Whitley/Daily Miner)

Donations to pay down U.S. debt pointless: Trump has already figured this out. He and his tea party friends will continue to spend our money like crazy and we will get nothing in return but more debt. This has always been the “conservative” mantra.

On to Caracas and Tehran: First of all, we need to elect presidents who have military experience. Trump and Clinton are both draft dodgers from the Vietnam War. They both made extreme efforts to avoid serving their country in the military.

Man killed service dog: What a incredible horrific story of the man who killed his service dog. I am going to assume here that he was somehow assisting him with a mental illness issue. I sincerely hope that will not lessen his prison time.

What Richard Nixon and Trump have in common: Mr. Shannon longs for a country where the president has more power. Russia, China, North Korea, and Honduras are good examples. In our Constitution, the balance of powers was established to protect us from dictatorship. Spoilers!

Ban uranium mining near Grand Canyon: Let the mining companies gripe. Their bottom line is money. Contamination from Uranium is long term, and once water tables are tainted, they are as good as gone for generations! The welfare of our children and grandchildren is important.