Cheese to the face? Things are making little sense 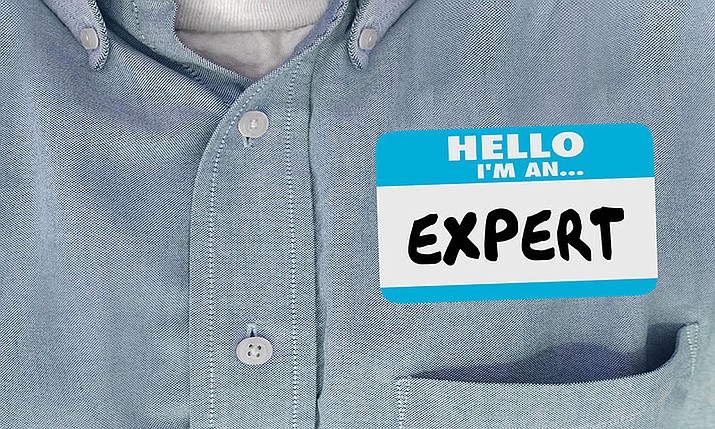 If we're getting advice from the experts, why are there people acting like lunatics? (Adobe Images)

Have people now lost the ability to make decisions? Or do they just not have the time? Before we had life coaches, advisers, party planners and a whole bunch of folks who are experts, we actually made our own decisions.

We may not have gotten it right every time, but at least we learned from it. Like political analysts, I think we know that not everyone who calls themselves an expert actually is.

With all the things available to us now, with the internet leading the way, we are less likely to trust our own decision making than we were before. Perhaps it is people not having the time to research a little and try to figure things out on their own. Or is it they lack the confidence to try things themselves?

Going to a marriage counselor is nothing new, but now we go to so-called professionals for just about everything. If you are not mechanically skilled, of course you would not try to repair your own car. But why the need to go to a "professional" to organize your home, fix your life, and those kinds of things?

I am reminded of good ole Dr. Seuss. He wrote really cool children’s books, but never had children of his own. I still don't understand how he became a guru for giving advice to people about their children.

It seems many decisions are no longer up to us anyway. Some good, some bad, but our laws protect us from many things, like it or not. Bit by bit our parenting rights seem to be shrinking. The "professionals" will decide how and what is OK when it comes to protecting children. All children need protecting, but at what point are we as parents no longer deciding what is best?

Most laws are put in place simply because people do not have the common sense to behave appropriately. Perhaps they need to seek out a life coach? Or an organizer? It is a different world now, for sure.

From gender parties to public breast-feeding, everything is an event. It has become those "who demand their rights" and others who just want someone else to tell them what to do. Often times, they’re the same people. So we have television programming such as Fix My life, Fix My House, Find Me a Husband, and Marriage Boot-Camp. How did we ever survive without the "professionals" telling us exactly what to do?

Why just today I saw on the news a dandy little gem. One moron shared a film to YouTube of him throwing a piece of sliced cheese into the face of his baby sitting in a highchair. It actually went viral and is now being called the "cheese challenge.” If all these "experts" are indeed pointing us in the right direction, how is it that so many continue to behave like lunatics?

Older Than Dirt: Take My Advice. Anyone?
Older Than Dirt: We've lowered the bar for behavior, and that's not a good thing when the brats are around
Grandparents raising children: A challenge and a blessing
Column: The loonies have landed at city hall
Kingman judge takes statewide role as advocate for children
Event Calendar