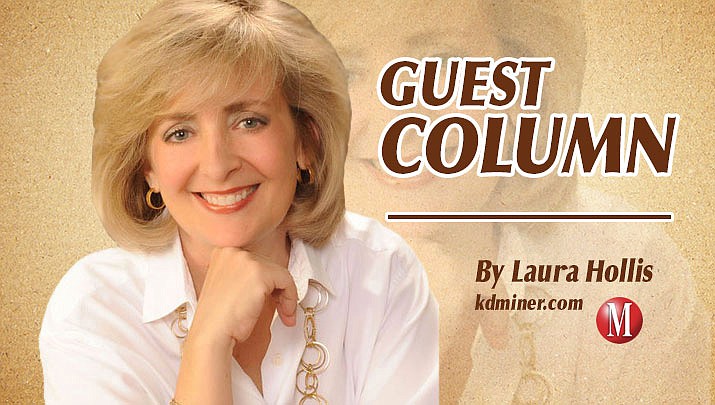 Earlier this week, Hillary Clinton put to rest any rumors that she would run for president a third time. "I'm not running," she announced. But she added that she intends to remain vocal and visible, at least in part because of the deep divisions in the country that are "deeply troubling" to her. "We've gotten not just polarized," she said. "We've gotten into really opposing camps unlike anything I've ever seen in my adult life."

Let's leave aside for a moment Clinton's own contributions to those "opposing camps" (like calling millions of Americans who voted for Trump a "basket of deplorables"). It's worth asking: Why are we so polarized?

We are polarized because, as a country, we no longer share the same values.

There are Americans who believe in the inherent value of human life, including children still in utero. And there are Americans who applaud and cheer at laws that permit abortion throughout all nine months of pregnancy. There are those who defend the decision to deny a living infant medical care, and those of us who call that infanticide.

There are those who claim to be "the party of science" but will claim in the same breath that a man becomes a woman by declaring that he thinks he is one.

Millions of Americans believe in the enforcement of a system of laws for legal immigration, including a border wall and deportation of those who violate those laws. But large numbers of Americans maintain that we have a moral (if not legal) obligation to let people pour across our borders and demand access to things like free education, welfare, food stamps and health care paid for by American citizens.

The 2016 presidential election made clear that there are those who respect the outcome of elections and those who apparently believe that when the elections do not produce the results they want, they can riot, destroy public property and attack people with whom they disagree.

America was founded on the concepts of liberty and a free market. Most Americans still defend those concepts. But we now have a significant number of politicians and pundits who think that the government has the right to declare entire industries (oil and gas, private medical insurance, air transportation, farming) illegal. They believe that they have the right to shutter businesses that other people have spent millions of dollars and generations building. They announce their intentions with arrogance and hubris, and expect the rest of us to just go along.

What's worse, it no longer satisfies progressives to live as they see fit and let everyone else make their own choices. Instead, the hard-core leftists among us intend to use every lever of power at their disposal - including government - to force everyone else to live according to their values.

It is already happening.

Christian bakers, florists and photographers have been put out of business, sued or forced to sue to as a result of state laws ordering them to provide artisanal services for gay weddings, in contravention of their religious beliefs. The U.S. Supreme Court provided some protection for religious business owners in the Masterpiece Cakeshop case decided last year, but the decision was narrow, and lawsuits continued to this day.

In 2014, California passed a law (the Reproductive FACT Act), which forced pro-life pregnancy centers - many of which are religiously affiliated - to advertise for and promote abortion centers. Again, it took a U.S. Supreme Court decision (NIFLA v. Becerra) to protect these charitable organizations from the leftist legislators who trampled their constitutional rights.

It is not merely Christian organizations or crisis pregnancy centers caught up in this trend. Bioethicists in Canada and the United States (including Dr. Ezekiel Emanuel, one of the "architects" of Obamacare) have begun to argue that doctors should be required to perform abortions - and euthanasia - notwithstanding their religious beliefs or personal values.

Nor is it confined to abortion. The transgender rights movement has taken hold at lightning speed. Former President Obama's Department of Education told public schools that they were required to permit biological males who identify as females to use girls' bathrooms and locker rooms (transgender males were afforded the same rights). The Trump administration rescinded those rules. Despite concerns about disadvantage expressed by female athletes and some feminist scholars, more schools - and even the Olympics -- are permitting biological males who identify as transgender females to compete in women's sports.

These issues - and plenty of others - are fraught with controversy and disagreement. But disagreement is increasingly not allowed. If you dare to challenge the party line, progressives in the social media titans (Facebook, Instagram, Snapchat, LinkedIn, Twitter) will "shadowban" you, close your accounts and silence you. You could find yourself without access to banking services. Ride-sharing services could refuse you.

These are private businesses, the argument goes. They may serve who they wish. But this will not be limited to businesses. The Internal Revenue Service under the Obama administration targeted politically conservative groups that had applied for 501(c)(3) tax-exempt status and deliberately held up their applications, often for years. It is no stretch to imagine what will happen if the federal government takes control of health care, as progressives and socialists like Sen. Bernie Sanders, Sen. Kamala Harris and Rep. Alexandria Ocasio-Cortez are pushing for. Don't have the "correct" view on gun control? Climate change? The Electoral College? Sorry. You'll just have to wait for that neurosurgeon, oncologist or expensive prescription.

Is there hope for finding common ground on these contentious issues? Only if we all admit that a country of 328 million people requires the powers of persuasion or an agreement to disagree. If our government, our media and our educational institutions remain in thrall to those who insist upon using raw power to obtain what they want, things will only get worse.