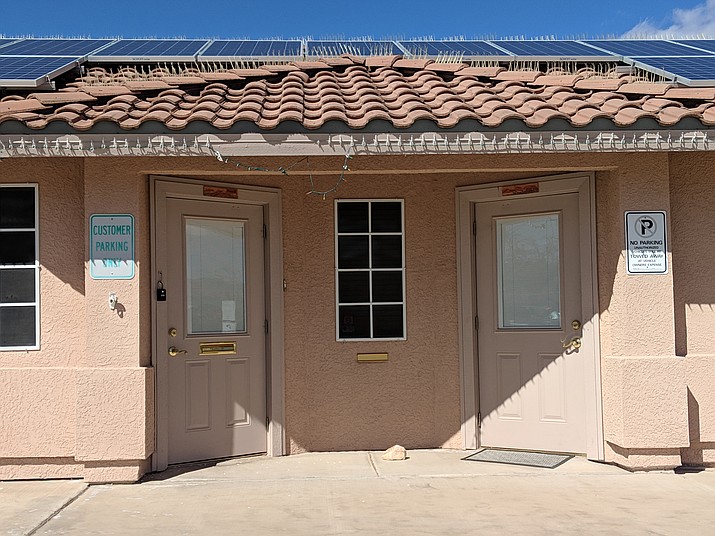 KINGMAN – Kingman resident Tanya Jordan has reached out to multiple local and state officials seeking assistance with what she believes amounts to campaign finance law violations when it comes to Steve Robinson, the position he holds with the Mohave County Republican Central Committee and the recall effort for Vice Mayor Travis Lingenfelter.

Jordan said she has been involved with the Republican Party for about 10 years and keeps up to date with City happenings by attending Council meetings.

Jordan has contacted City Clerk Sydney Muhle, Mohave County Elections Director Allen Tempert, Secretary of State Katie Hobbs and Attorney General Mark Brnovich in an attempt to determine “whether or not campaign finance law was violated” by Robinson, who is the Mohave County Republican Committee District 1 director and chair of Kingman Citizens for Honesty, Accountability and Transparency. That political action committee is leading the recall effort.

Jordan writes in her correspondence to Muhle that in radio and print ads that began to appear in February in relation to the recall effort, those ads listed the Mohave County Republican Central Committee headquarters as a location where the petition to recall the vice mayor could be signed.

“It is my belief that campaign finance laws forbid parties from using resources in nonpartisan elections, which a recall would technically be a part of,” Jordan writes. “The Mohave County Republican Central Committee headquarters is funded through donations and fundraisers for the party and is therefore considered a resource of the party.”

She then requests an investigation into how much of the party’s resources were utilized by Robinson for the recall effort.

“Doing it from the central committee headquarters gives a false impression to the voters that the party supports this, and we absolutely do not,” Jordan said. “The party does not support recalling a Republican candidate. We believe a lot of people signed the petition just because they thought the party was supporting it, and it doesn’t.”

Jordan asks the county elections, the attorney general and the secretary of state offices to oversee an investigation and prosecute Robinson and board members of the PAC “to the fullest extent that law will allow.”

Robinson has a different take on the issue, and laid out four points of interest. First, he said that according to ARS 16-915, the statute addressing political party contribution limits, political parties may “make unlimited contributions to persons other than candidate committees and nominees.” He said that means using the headquarters would be legal. What’s more, Robinson said, is that he did not actually list the committee’s headquarters as a place at which the petition could be signed. He said the listed address was for the facility next door to the committee office.

His third point was that the issue never would have come up if Vice Mayor Travis Lingenfelter “hadn’t inappropriately interfered” with City Attorney Carl Cooper and Clerk Sydney Muhle when it came to the correct number of signatures needed for the recall. Lastly, he called Jordan’s efforts a “witch hunt” stemming from a falling out regarding a youth Republican club’s presence, or lack thereof, at a 2015 Lincoln Day dinner.

Jordan believes county and state entities should look into the matter in an effort to retain the integrity of any investigation. She said if the City investigates, then people could say it is just retaliating against Robinson. Jordan said that’s not the case, as she, a private citizen, brought the issue to the City’s attention.

“It’s about the integrity of the investigation,” Jordan said. “I don’t want that being tainted with people saying it’s just the City getting back at Steve.”