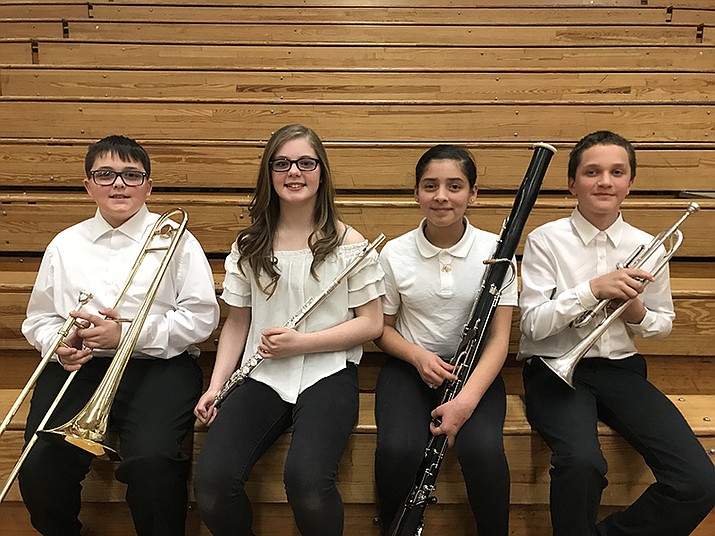 The band festival showcases the best middle school musicians across the state.

“It allows highly achieving musicians to gather and perform a heightened level of music outside of their school, in many cases rural band programs,” said Julie Gragg, KMS band director.

Students who will be attending the festival are Van Holwell, Rylee Warren, Alejandra Acuna and Joseph McCoy. They have been practicing since January for the festival.

Performers for the sixth grade All-State Band were selected by nomination. Arizona's seventh- and eighth-grade musicians auditioned in October 2018 to become part of the prestigious ensembles. Rylee Warren ranked third chair out of the 68 auditioning seventh-grade flute players from across the state.