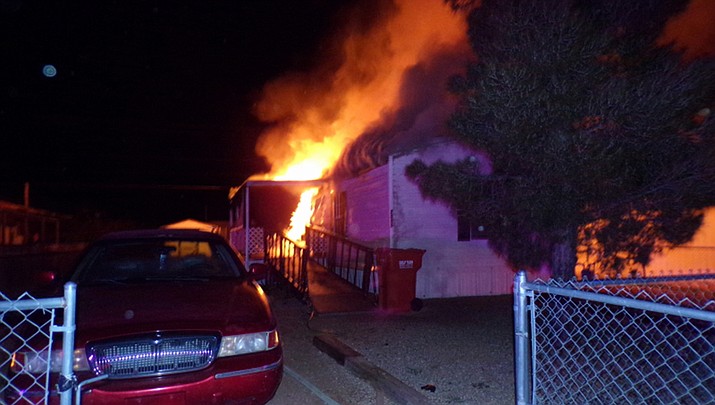 Northern Consolidated Fire District responded to the scene at about 3 a.m. The first arriving crews observed heavy smoke and flames coming from the middle of the single-wide mobile home with exposures threatened.

Two occupants were safely evacuated by the time firefighters arrived. Firefighters made the initial attack to the property of origin with no exposures damaged.

The fire was extinguished and once the investigation was completed it was determined to be accidental in nature.

Both occupants were transported by AMR for smoke inhalation.

The NACFD was assisted by Kingman Fire Department, MCSO and UniSource Gas and Electric.