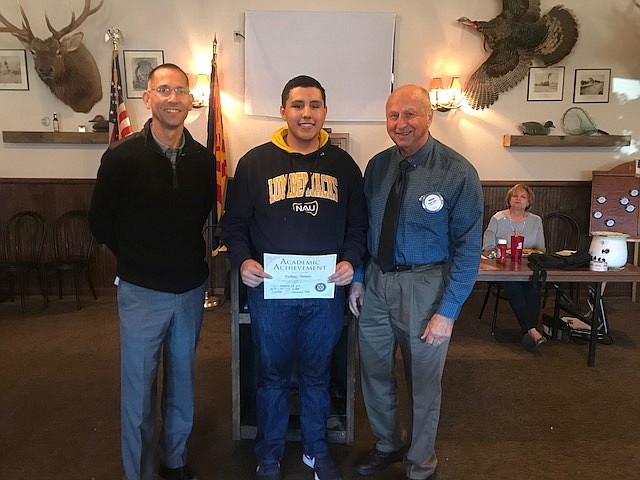 KINGMAN – Matthew Mendez, a senior at Kingman High School, was recently selected as the Kingman Rotary Club’s Student Rotarian. Mendez was selected because of his high achievements in academics, athletics and leadership.

Mendez has represented the Bulldogs as a member of the golf teams for four years. He has played on the varsity baseball and basketball teams. He was selected as rookie of the year during his freshman season on the golf team and most valuable player during his junior year.

Outside of athletics, Mendez has been equally successful in the classroom. He has received awards in science and math. Mendez has received the dean’s tuition scholarship from Northern Arizona University. He is excited to become a Lumberjack at NAU and earn a bachelor’s degree in engineering.