European, Canadian regulators to do own review of Boeing jet 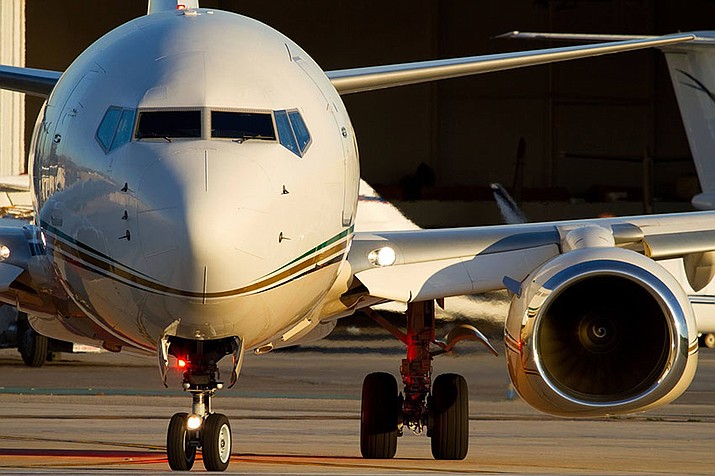 The Transportation Department confirmed that its watchdog agency will examine how the FAA certified the Boeing 737 Max 8 aircraft, the now-grounded plane involved in two fatal accidents within five months. The FAA had stood by the safety of the plane up until last Wednesday, March 13, 2019 despite other countries grounding it. (Photo by KEVELAIR [CC BY-SA 4.0]

The decision by Europe and Canada to break with U.S. air-safety regulators over the safety of the Boeing 737 Max is likely to delay the resumption of flights after two of the jets crashed.

The Europeans and Canadians vow to conduct their own reviews of Boeing's changes to a key flight-control system, not to simply take the Federal Aviation Administration's word that the alterations are safe. Those reviews scramble an ambitious schedule set by Boeing and could undercut the FAA's reputation around the world.

Boeing hopes by Monday to finish an update to software that can automatically point the nose of the plane sharply downward in some circumstances to avoid an aerodynamic stall, according to two people briefed on FAA presentations to congressional committees.

The FAA expects to certify Boeing's modifications and plans for pilot training in April or May, one of the people said. Both spoke on the condition of anonymity because they were not authorized to speak about the briefings.

But there are clear doubts about meeting that timetable. Air Canada plans to remove the Boeing 737 Max from its schedule at least through July 1 and suspend some routes that it flew with the plane before it was grounded around the world last week.

American Airlines, Southwest Airlines and United Airlines, which are slightly less dependent on the Max than Air Canada, are juggling their fleets to fill in for grounded planes, but have still canceled some flights.

By international agreement, planes must be certified in the country where they are built. Regulators around the world have almost always accepted that country's decision.

As a result, European airlines have flown Boeing jets with little independent review by the European Aviation Safety Agency, and U.S. airlines operate Airbus jets without a separate, lengthy certification process by the FAA.

That practice is being frayed, however, in the face of growing questions about the FAA's certification of the Max. Critics question whether the agency relied too much on Boeing to vouch for critical safety matters and whether it understood the significance of a new automated flight-control system on the Max.

The FAA let the Boeing Max keep flying after preliminary findings from the Oct. 29 crash of a Lion Air Max 8 in Indonesia pointed to flight-control problems linked to the failure of a sensor. Boeing went to work on upgrading the software to, among other things, rely on more than one sensor and limit the system's power to point the plane's nose down without direction from the pilots.

The FAA's assurance was good enough for the rest of the world until an Ethiopian Airlines Max 8 crashed. Satellite data suggests both planes had similar, erratic flight paths before crashing minutes after takeoff.

Patrick Ky, the executive director of the European regulator, said his agency will look "very deeply, very closely" at the changes Boeing and the FAA suggest to fix the plane.

"I can guarantee to you that on our side we will not allow the aircraft to fly if we have not found acceptable answers to all our questions, whatever the FAA does," he said.

The message was the same from Canada's Transport minister, Marc Garneau.

"When that software change is ready, which is a number of weeks, we will in Canada – even if it is certified by the FAA –we will do our own certification," he said.

Other countries could also conduct their own analysis of how much pilot training should be required on the Max. Ky noted that one Lion Air crew correctly disabled the plane's malfunctioning flight-control system, but not the crew on the next flight, which crashed. He said pilots under stress might have forgotten details of a bulletin Boeing issued in November, reminding pilots about that procedure.

The FAA's handling of issues around the Max jet have damaged its standing among other aviation regulators, said James Hall, former chairman of the National Transportation Safety Board.

The FAA will have to be more transparent about its investigation, and it should require that pilots train for the Max on flight simulators, Hall said, because "that is how pilots train today, not on iPads."

John Hansman, an aeronautics professor at the Massachusetts Institute of Technology and chairman of an FAA research and engineering advisory committee, said separate approvals by Canada and the Europeans will reassure the public because those countries are seen as having no vested interest in the plane.

"It's unfortunate because it will probably cause a delay, but it may be the right thing in the long haul," Hansman said. He expects that the FAA will wait until other regulators finish their reviews before letting the Max fly again.

FAA spokesman Greg Martin would not comment on whether the agency's reputation has been hurt by its approval of the Max, the crashes or the agency's initial hesitation to ground the planes after the second crash.

The FAA is getting a new chief. The White House said Tuesday that President Donald Trump will nominate former Delta Air Lines executive and pilot Stephen Dickson to head the agency. Daniel Elwell has been acting administrator since January 2018.

Boeing too is shifting personnel. This week, the company named the chief engineer of its commercial airplanes division to lead the company's role in the investigations into the Oct. 29 crash of the Lion Air jet and the March 10 Ethiopian Airlines crash. The executive, John Hamilton, has experience in airplane design and regulatory standards.

From 2013 until early 2016, Hamilton oversaw the use of Boeing employees to perform some safety-certification work on behalf of the FAA. That program has come under criticism from critics including members of Congress.

The Justice Department is investigating the FAA's oversight of Boeing, and a federal grand jury issued a subpoena to someone involved in the plane's development. Transportation Secretary Elaine Chao formally directed her agency's inspector general to audit the FAA's handling of that process. Congressional committees are looking into the matter as well.

A Senate subcommittee announced Wednesday that it will hold a public hearing on the Max crashes and airline safety on March 27, led by Sen. Ted Cruz, a Texas Republican.

The company declined to comment. The Max, the latest and most fuel-efficient version of the half-century-old 737, is Boeing's most popular plane, with more than 4,600 unfilled orders.