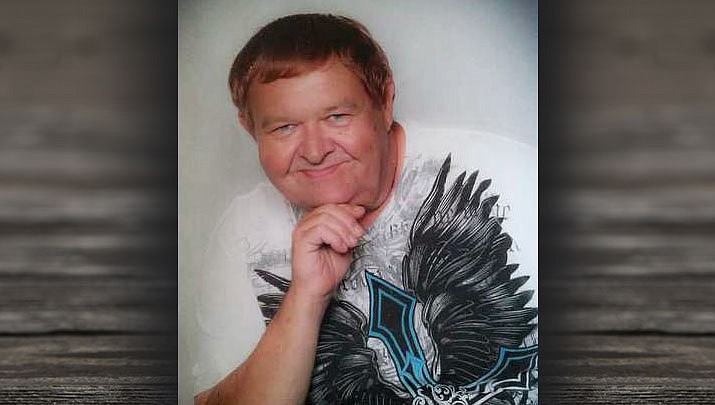 Robert Eugene Baker was born in Burderop Park, Chiseldon Wiltshire England, on May 10, 1957. He passed away on Feb. 17, 2019 at his home in Kingman, Arizona.

Robert was preceded in death by his father; Ernest Eugene Baker from Eaton Rapids, Michigan, and his mother; Eieleen Maria Baker, from Zerinden Berks, England.

He was survived by his wife of 49 years; Maryann Baker, sons; Donald Baker and Daniel Baker and grandchildren; Silvester Bustos, Sebastian Bustos, and Celine Maryann Baker.

Robert moved to Eaton Rapids, Michigan when he was 9 months old. Later in life he relocated to Mira Loma, California, where he met the love of his life, Maryann Baker. He loved electronics, working on cars, creating things, music, spending time with his family, and barbecues.

Robert will be missed by his family and friends. He was a joy to be around, and always had a smile on his face. He adored his family and his grandchildren were his pride and joy. He had a heart of gold.

At Robert’s request there will be no services.