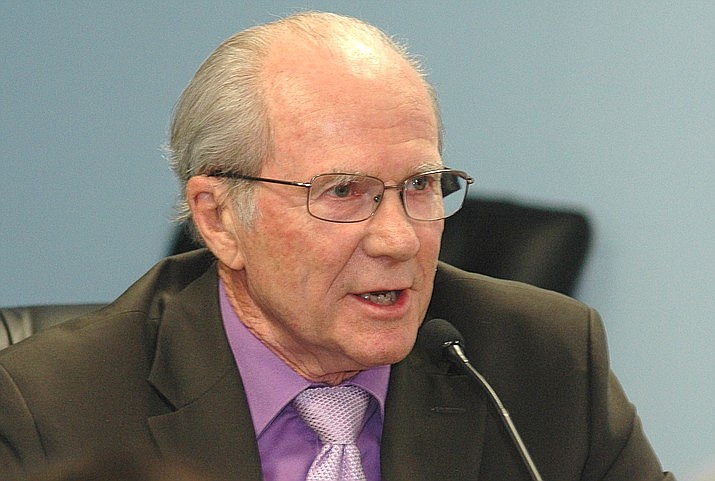 PHOENIX – The state’s largest electric utility admitted late Friday it spent $10.7 million in 2014 to elect two regulators of its choosing.

In a formal filing with the Arizona Corporation Commission, Barbara Lockwood, a vice president of Arizona Public Service, said nothing in state law requires her company to divulge the information. And APS and its parent company, Pinnacle West Capital Corp., have fought prior subpoenas demanding that same data, including filing suit.

But Lockwood said the company has “hope of putting the past behind us.’’ Lockwood would not comment.

That, however, is not the whole story.

APS and Pinnacle West for years fought efforts by Bob Burns to force disclosure. And they won in court when a judge said that Burns, by himself, had only limited authority to issue and enforce subpoenas.

All that changed, however, with the election this past November of Democrat Sandra Kennedy. And Republican Boyd Dunn, who was not elected until 2016, agreed to seek the information.

That gave the trio a working majority on this issue on the five-member panel. And it raised the likelihood that the commissioners could force the company to give up the documents.

The size of the spending admission surprised Burns.

Up until now, the only thing that was known was that two groups – the Arizona Free Enterprise Club and Save Our Future Now – had together reported spending $3.2 million to secure the election of Republicans Tom Forese and Doug Little.

But they refused to disclose the source of their dollars, citing their status as “social welfare’’ organizations which exempts them from some of the campaign finance laws that apply to others. And until Friday APS would neither confirm nor deny that any of that cash came from the utility or its parent.

Friday’s filing shows that Pinnacle West gave nearly $5.9 million to the Free Enterprise Club in 2014. And it funneled another $3.5 million into Save Our Future Now, money the company says went to the commission race.

That, however, is not all of it. The company reports giving nearly $1.4 million to the Arizona Cattle Feeders Association, money that a company spokeswoman said also was spent on the commission race.

That $10.7 million number surprised some of the regulators.

Tobin said the disclosure – coming years after the election – underlines his desire to force regulated utilities to be more transparent with the money they are spending.

Since the 2014 race Pinnacle West has agreed to disclose what it gives to others who are spending money on campaigns. But that disclosure does not come until early the following year, after the election.