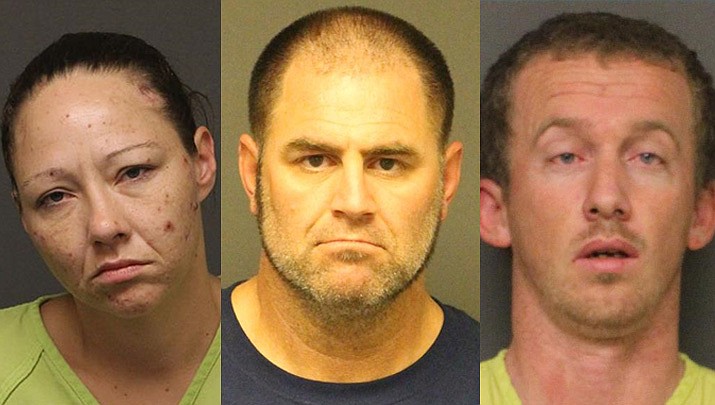 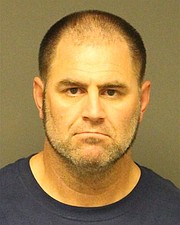 Holt, who is a suspect in several felony case investigations, was located at a residence in the 500 block of Sunrise Avenue. Holt attempted to hide inside the residence.

Officers were able to take Holt into custody without incident. During this time it was determined that a U-Haul box truck parked at the residence had been stolen by Holt.

Holt also had a warrant out of Mohave County Sheriff’s Office for failing to appear on an unrelated forgery case, was booked into the Mohave County Adult Detention Facility on these charges.

Holt is facing additional felony charges pending completion of several investigations. The U-Haul truck was full of property that investigators believe to be stolen. 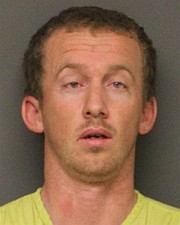 A burglary of a fenced commercial yard was reported at a business in the 600 block of Railroad Street. Surveillance video showed a male subject jump the fence of the business and stole assorted items out of several vehicles.

At about 1:10 p.m. employees from the business located the suspect in the 2500 block of Pasadena Avenue. Officers arrived and identified the suspect as Cochran.

Cochran, allegedly admitted involvement in the offense, was booked into the Mohave County Adult Detention Facility.

At approximately 3:25 p.m. Saturday, March 23, deputies observed a male subject driving a red ATV traveling southbound on London Bridge Road Deputies also noted the ATV did not have a visible license plate and a traffic stop was conducted in the 900 block of Port Drive.

While approaching the vehicle, deputies observed the driver grab an unknown item and place it near the front of the ATV. Deputies made contact with the driver, identified as Johnson, and observed a cigarette box in the same area.

An inspection of the cigarette box revealed approximately 3.2 grams of methamphetamine. Nicholas Johnson III was arrested and booked into Mohave County Adult Detention Facility without incident. 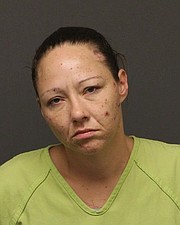 At approximately 10:20 a.m. Friday, March 22, deputies responded to the Mohave County Adult Detention Facility for an assault on staff. The victim advised deputies that she had entered the jail pod and gave a verbal order for the inmates to return to their cells.

Jamison allegedly began yelling at staff that she would not lock down, lunged at the staff member and a fight ensued. The victim delivered fist strikes in an attempt to defend herself.

A second officer responded and delivered fist strikes to gain compliance. The second officer advised that during the altercation, Jamison was allegedly grabbing at the victim’s shirt and attempting to grab items on the officer’s duty belt.

Jamison was detained and placed in restraints. During transport to the medical unit, Jamison allegedly became aggressive toward staff members and attempted to lunge toward them.

Lisa Marie Jamison was seen by medical staff and charged for the assault.