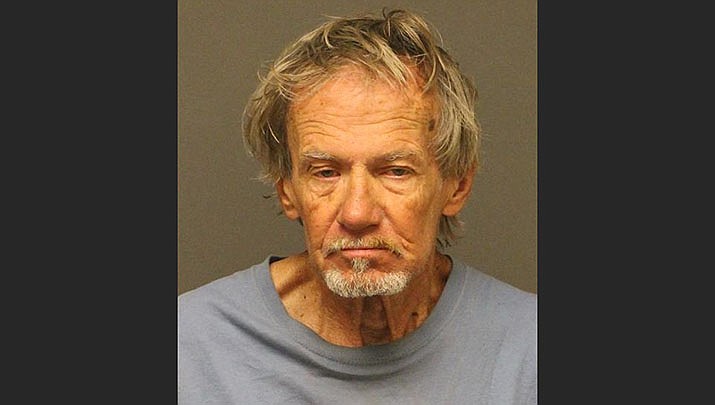 KINGMAN – A 70-year-old man told authorities he was building a fire to “keep warm,” but he found himself arrested for misdemeanor reckless burning and criminal damage.

Gerald Kenneth Safran, of the Kingman area, was also arrested on another charge alleging arson.

Safran was arrested by the Kingman Police Department at about 6:55 a.m. Sunday, April 28, after an officer responded to the Bureau of Land Management Field Office in the 27800 block of Mission Boulevard. An employee had reported that a man was building and lighting a fire, and the officer arrived to find that to be the case, as Safran was reportedly using wood from landscaping and other debris.

The fire was lit “dangerously close” to the building, and Safran was booked into the Mohave County jail on misdemeanor charges of reckless burning and criminal damage.

Then, on Monday, April 29, Safran was charged with a felony count of arson. An investigation determined that at around 11:30 p.m. Saturday, April 27, Safran set the contents of a dumpster on fire at a business in the 2400 block of Hualapai Mountain Road.

Safran was contacted while in custody at the jail, where he reportedly admitted involvement. According to KPD, Safran has a history of arson and reckless burning in other jurisdictions.