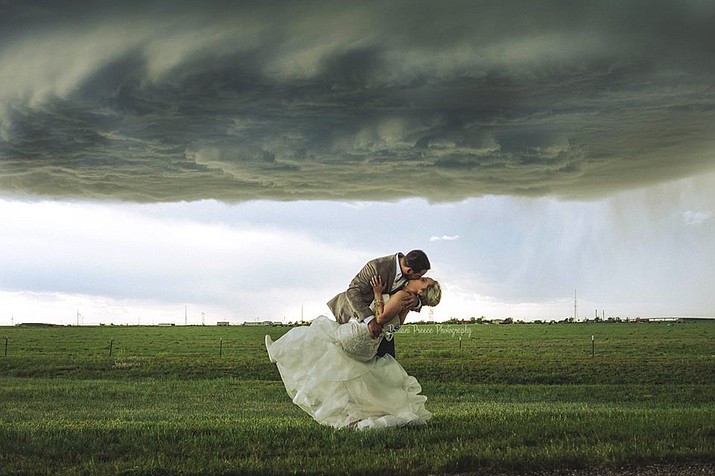 Photographer Brittani Peece posted a few photos to her Facebook page and it shows the newly married couple standing in a field beneath a massive storm cell.

“There is a saying ‘If it rains on your wedding, it’s good luck,’” Peece wrote when she teased the photos on social media. “So what’s the saying for when a huge Super Cell starts forming?”

This particular kind of supercell is called a “mothership” because it tends to look like a UFO. According to the National Weather Service, these storms can generate tornadoes and large hail, as well as downburst damage.

Luckily, the one above the Monteiros just caused some much needed rain.

The storm cell was a perfect backdrop for Manuel, originally from Kingman, and his bride, Morgan.