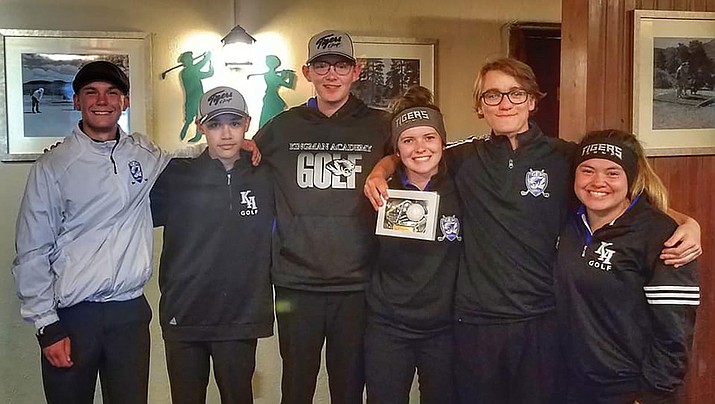 The Tigers took care of business Tuesday as their 106-over 394 was good for second at the Section 5 mini match at Elephant Rocks Golf Course. (Courtesy)

The Tigers shot a 106-over 394 to take second at the nine-team Section 5 mini match at Elephant Rocks Golf Course on Tuesday after shooting a 35-over 179 on Monday to take first at Cerbat Cliffs Golf Course.

Jake Scott led the way in both matches as the junior shot a 2-over 38 at home and followed it up with an 18-over 90 for sixth place at sectionals.

Meanwhile, the Tigers swept the top spots Monday at Cerbat as Fancher was second (9-over 45), followed by Steed and Villeso in a tie for third at 12-over 48.