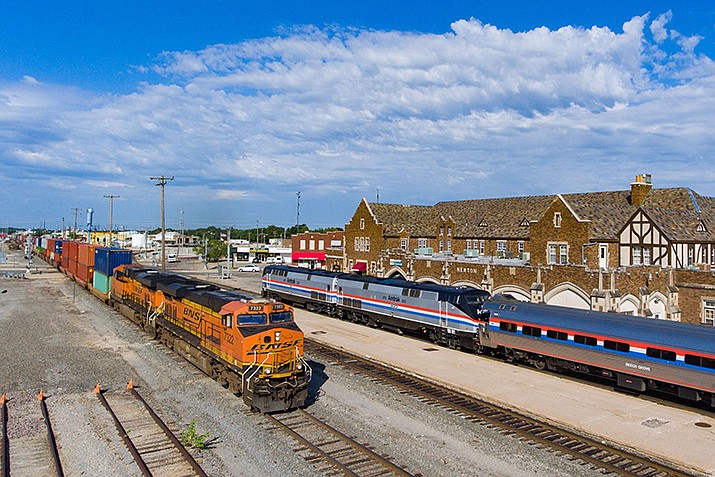 The Southwest Chief is shown during a stop in Newton, Kansas. The train passes through Kingman twice each day. (Photo courtesy of Amtrak)

The Topeka Capital-Journal reports that Moran recently delayed confirming three nominees to Amtrak's board of directors in an effort to push the national rail carrier to offer assurances that the line will operate for at least another year.

Amtrak's president, Richard Anderson, agreed to meet with Moran and other lawmakers about the rail service's future this month. Amtrak officials have considered suspending rail service from Dodge City to Albuquerque, New Mexico, and transitioning to buses.

The Republican senator helped secure $50 million in the federal budget for the Southwest Chief through September. Discussions in Congress about extending the grant are ongoing.