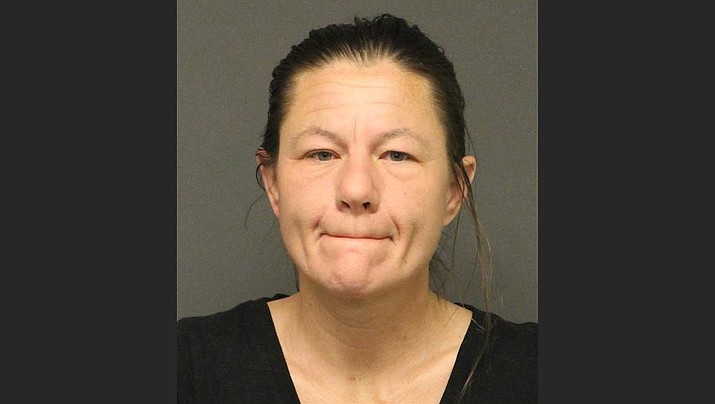 KINGMAN – Heather Joy Ohlinger, 38, of Kingman, was arrested in the morning of Friday, May 3 for felony vehicle theft. Once inside the car, Ohlinger found she may have been barking up the wrong tree.

According to Mohave County Sheriff’s Office, deputies were called at about 8:20 a.m. to 900 Blake Ranch Road. A victim reported they had gone inside a business and when they returned, their vehicle was gone. They also said their dog was inside the vehicle at the time it was taken.

MCSO issued an attempt to locate and the vehicle was observed on Interstate 40 a short distance away and a traffic stop was conducted.

The female driver was removed from the vehicle and identified as Ohlinger.

The owner of the vehicle responded to the scene and determined nothing was missing from the vehicle – except for the dog.

When asked, Ohlinger admitted she let the dog out of the vehicle somewhere along the highway, but could not specify where.

Ohlinger was arrested and booked into Mohave County Adult Detention Facility without incident.

Several deputies and Animal Control officers responded to the scene and searched for the dog, but could not locate it. On Sunday, May 5, deputies received a call from the owners that the dog had been located by a resident approximately 4 miles away from I-40.