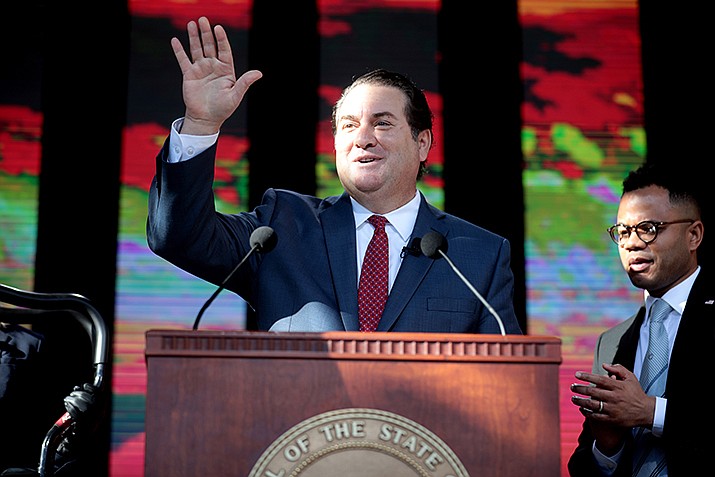 Arizona Attorney General Mark Brnovich is among a coalition of 42 attorneys general calling on the FCC to do more to stop the growing proliferation of illegal robocalls and spoofing. (Courtesy of Gage Skidmore)

PHOENIX – A coalition of 42 attorneys general, including Arizona’s Mark Brnovich are calling on the Federal Communications Commission (FCC) to take further action to stop the growing proliferation of illegal robocalls and spoofing.

In formal legal comments delivered to the FCC on Monday, May 6, the attorneys general urged the FCC to adopt its proposed rules on enforcement against caller ID spoofing on calls to the United States originating from overseas, while also addressing spoofing in text messaging and alternative voice services.

These provisions are included in the previously passed FCC appropriations authorization bill also known as the RAY BAUM’S Act of 2018.

The proposed rule changes the attorneys general are supporting would broaden the authority of the commission to hold criminals accountable for the significant harm they inflict on U.S. consumers.

It is evident that the explosive growth of caller ID spoofing and robocalls is getting worse each year and is being driven primarily by scams. The number of spoofed calls and the consumer financial losses tied to these scams have increased by nearly 50% in recent years. Americans received almost 18 billion scam robocalls in 2018 and overall, robocalls increased in the U.S. by 57% from 2017 to 2018.

The FCC reports that imposter scams have reportedly cost consumers $488 million just in 2018.

Although not all robocalls are illegal, the attorneys general argue that it is no coincidence that the number of robocalls Americans are receiving is exploding at the same time there is a similar explosion in scams perpetrated via telephone.

The Arizona Attorney General’s office recently brought legal action and imposed fines against Orangutan Home Services, Adobe Carpet Cleaning and Desert Valley Aire for making phone calls to individuals on the FTC’s Do Not Call List. Additionally, the Arizona Attorney General’s Office is on the executive committee of a bipartisan coalition of 40 state attorneys general focused on stopping or reducing annoying and harmful robocalls.