US Post Office needs your help to ‘Stamp Out Hunger’ on Saturday, May 11 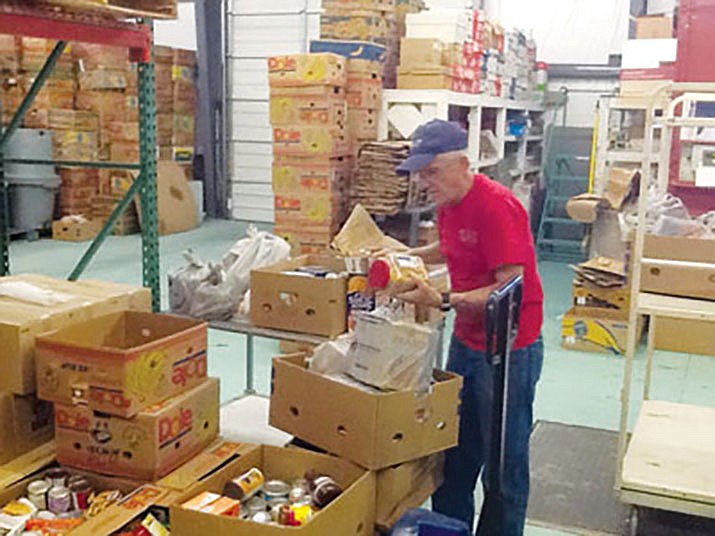 Food bank volunteers hope to be sorting through a lot of food after the Stamp Out Hunger drive Saturday, May 11. To participate in the food drive, leave non-perishable food items at your mail-delivery location before 9 a.m. (Daily Miner file photo)

This is the day when letter carriers and volunteers in more than 10,000 cities and towns around the country, including Kingman, will collect food donations left out for them at the mailbox.

It’s easy to donate – just set out your non-perishable food well before your letter carrier’s normal pick-up time. They will be delivering and collecting mail as usual, on top of collecting food donations, so that pickup time could be slightly later than usual.

The post office said that a good rule of thumb is to have the bags by your mailbox by 9 a.m.

Walker is grateful for all the community has done, but there has been one part of this day that has actually caused the food bank volunteers time and the food bank money. She said pantries tend to get emptied out, and that includes dated items.

The food bank can’t do anything with outdated food, so they have to toss it, which takes time and money.

The food drive does not accept frozen food, homemade food or home-canned items, nor items that have expired or are in glass containers. The Stamp Out Hunger drive in 2018 collected 71 million pounds nationwide, with the 2017 effort (75 million) being the third-highest total in the event’s history. It collected 27,500 pounds locally in 2017.

Another way for people to donate will be in the Smith’s parking lot, 3490 Stockton Hill Road. Walker said the food bank’s truck will be on location from 12:30-4:30 p.m., and anyone can donate there between those times.