MCSO looks for suspect involved in fatal hit and run 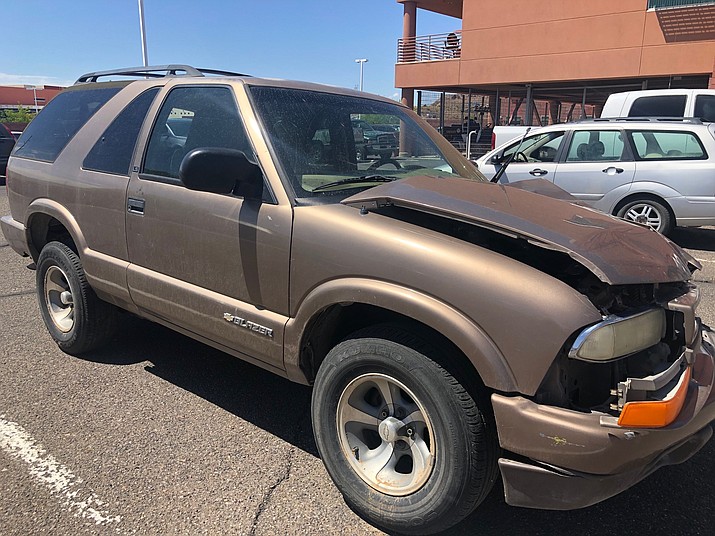 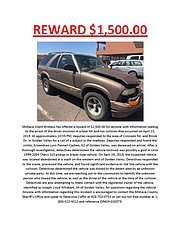 GOLDEN VALLEY – Mohave County Sheriff’s Office detectives have found the suspected vehicle that could be involved in the fatal hit and run collision that occurred on April 23 in the area of Colorado Road and Brook Drive that resulted in the death of Krisandrea Lynn Pannell-Cashen, 62 of Bullhead City, who was living in Golden Valley at the time.

After a thorough investigation, detectives determined the vehicle involved was possibly a gold, 1999-2004 Chevrolet S10 pickup or blazer type vehicle.

Detectives located the suspected vehicle on April 24 in a wash on the western end of Golden Valley. Detectives responded to the scene, processed the vehicle and found significant evidence to link the vehicle with the collision.

Detectives determined the vehicle was towed to the desert area by an unknown private party. Law enforcement is reaching out to the community to identify the unknown person who towed the vehicle, as well as the driver of the vehicle at the time of the collision.

Detectives are also attempting to contact the registered owner of the vehicle, identified as Joseph Lloyd Whybark, 34 of Golden Valley, for questions regarding the vehicle.

Mohave Silent Witness has offered a reward of $1,500 for anyone with information leading to the arrest of the driver involved in the fatal hit and run collision.