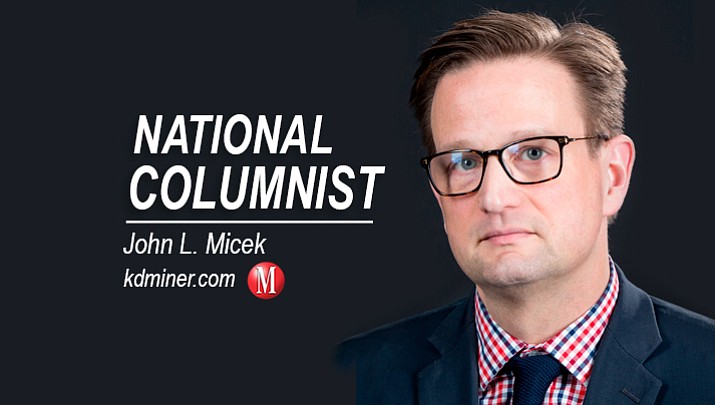 The city of Erie, Pennsylvania. is a tourist magnet, thanks to the lovely lakeshore at Lake Erie. Downtown, the streets are lined with little cafes and restaurants and shops.

But like a lot of older cities and towns, Erie has a common problem: It’s losing population.

At its peak Erie had a population of about 140,000 people. It’s since dropped to less than 100,000, according to an analysis by Stateline.org.

But it could have been even worse.

Without a “stream of immigrants and refugees,” and their children “arriving to work in the city’s plastics and biofuels plants on Lake Erie ... the city’s population might have dropped as low as 80,000,” Stateline.org reported recently, citing information provided by a senior aide to Erie’s Democratic mayor, Joe Schember.

“That would mean a lot less federal funding, a lot less tax dollars, a lot more difficulty filling job openings and a lot more deteriorating housing stock,” the aide, Renee Lamis, told Stateline. “... We are a perfect example of a place in need of immigrants and refugees.”

According to Stateline, “an influx of immigrants prevented or significantly softened population loss last year in more than 1 in 5 U.S. counties,” including Erie County.

According to Stateline’s analysis of new Census data, “immigration either prevented population decline or cut it by at least 10 percent” in those areas.

And while President Donald Trump may have recently declared the country “full,” that’s hardly the case.

In fact, without the 879 people from other countries who arrived in Erie from 2017 to 2018, the county’s total population loss of 1,831 people “would have been almost 50 percent worse,” Stateline reported.

As is the case elsewhere in the country, refugee resettlement slowed in Erie under the Trump White House.

For instance, “more than 1,000 people from Somalia, Syria and the Congo were resettled in the city in 2015 and 2016, but that number dropped to fewer than 250 in the past two years,” Stateline reported, citing federal resettlement statistics.

“We have literally hundreds of job openings, and our landlords have vacancies,” Lamis said, The city “had to raise income taxes and raid reserve funds to make ends meet,” Stateline reported.

During the 2018 midterms, Trump tried to stoke fear of undocumented immigrants, making repeated false claims about the migrant column that was then slowly making its way to America’s southern border. At a rally in Florida this week, Trump laughed off a suggestion from the crowd that migrants approaching the border be shot.

The fact of the matter is, however, that immigrants – legal and undocumented alike – pump billions of dollars a year into the American economy.

As PBS NewsHour reports, citing a 2017 study by the National Academies of Science, Engineering and Medicine, while it’s true that first-generation immigrants cost the government about $1,600 more per-person annually than native born Americans, that cost disappears by the second generation.

Nonetheless, Trump’s White House has pursued policies that have driven down legal immigration.

That includes the reduction in refugee admissions, as well as an executive order toughening up visas for skilled immigrants; as well as his push for merit-based immigration and proposals to reduce public benefits for legal immigrants.

In Erie last year, I listened as Trump made a pitch for the hearts and minds of northwestern Pennsylvania voters.

Now there’s not only documented proof that his policies are getting in the way of the economic success of that lovely city on the lake.

There’s also a roadmap to solving it: By rejecting his discriminatory and backward-looking immigration policies.

All elections have consequences.

In 2016, Erie voters were among those who helped deliver Pennsylvania to Republicans for the first time in three decades, putting Trump in the White House.

In 2020, they have a chance to send a clear message to Trump that his policies have held back the city and county they call home.

They should take it.

Column | Trump correct to consider changes to our refugee policy
Column | All eyes on Supreme Court with Trump v. Hawaii
Report: DHS was not prepared to enforce ‘zero tolerance’ border policy
US again slashing number of refugees it will accept
Can You Pass an Immigration Quiz?
Event Calendar