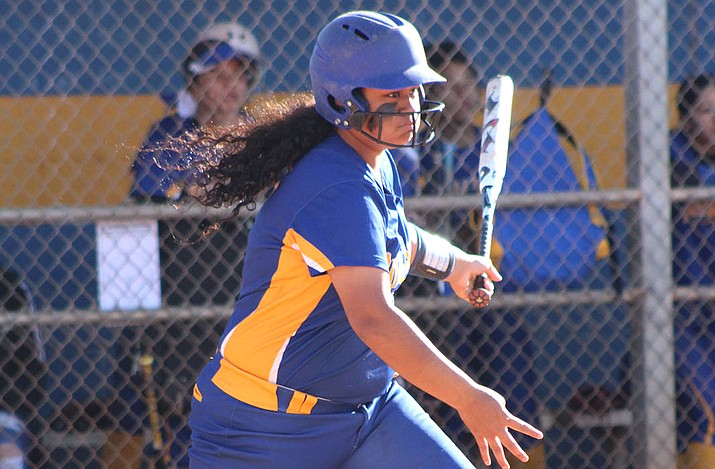 Kingman High senior Kearra Tauta was named the 3A West Region Defensive Player of the Year after the Lady Bulldogs advanced to the state tourney. (Daily Miner file photo)

KINGMAN – All three area softball teams picked up a number of postseason accolades, but Kingman High’s Kearra Tauta led the way as the 3A West Region Defensive Player of the Year.

The senior helped lead the Lady Bulldogs to the first round of the 3A State Championship where they were eliminated by top-seeded Winslow.

Nevertheless, it was a great run as Kingman advanced to the postseason for the second straight year.

The Lady Tigers also advanced to the postseason during their first year in the 3A Conference. Academy will be in good shape next season as it doesn’t graduate anyone.

Kingman, meanwhile, will have to replace a large group of seniors; Hobbs, Tauta, Toms, Payton Chamberlain and Ariana McKowan will graduate this month.

The Lee Williams High School softball team may not have found the success it wanted in 2019, but four Lady Vols were honored by the region.