Mother's Day gift offers the chance to fill in some blanks 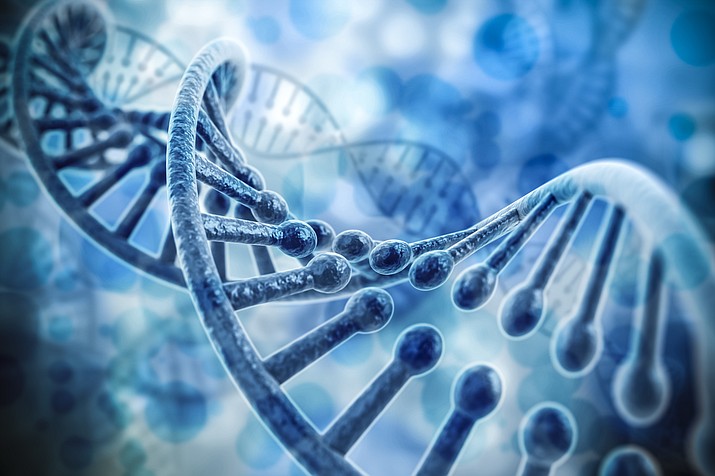 Some people worry about their DNA floating around for just anyone to find, but most folks aren't concerned it will be planted as evidence in any cold case crimes. (Adobe Images)

I received a most unusual Mother's Day gift this year. It is called "23andMe."

For those of you who do not have a clue, it is a DNA kit. Hard to imagine that just anyone can send in some DNA and unveil all sorts of things about their ancestry.

Even though I don't expect any surprises, you just never know about these things. I've seen people on the news that find long lost relatives they never knew existed. People often find out that they are not who they thought they were. Perhaps they lived their life thinking they were Native American, only to find out they have no Native American in them at all. Maybe they thought their ancestors originated in Poland, and it turns out no one in the family actually came from there.

Should we really find out our family history, if it is not what our grandparents told us it was?

Did you know if there is a long lost relative who also enters their DNA, they will be matched to you? Low and behold, the secrets are revealed. If on the other hand, you are actually looking for a relative or sibling, you could find them. One of the positive things about this kit is that you are only identified by barcode numbers, just in case you do not want to hook up with someone you didn't know existed.

On the other hand, if you are curious enough the 23andMe will actually give you the opportunity to do so. Is there always a happy ending? Probably not. Many family secrets can be revealed this way. Some people may choose to just leave well enough alone.

Personally, I am far too curious to just ignore a match. If I find I have a relative I never knew about, I think that would be very cool. If I found I was a distant relative of Jack the Ripper, would THAT be OK? Hey, you gotta take the good with the bad.

I think that as adults we all have the right to know just who we are and where we came from. Perhaps our elders did not tell us the truth, but instead, just the way THEY remembered things. When stories are told for many years, they often change bit by bit. That does not necessarily mean they lied to us.

So, I have mailed in my DNA kit and will anxiously wait to learn the results. There could be some surprises, or maybe not. Either way, I am glad that the opportunity to find out is now available. Some people worry about their DNA floating around for just anyone to find.

As for myself, I doubt it will be planted as evidence in any cold case crimes.