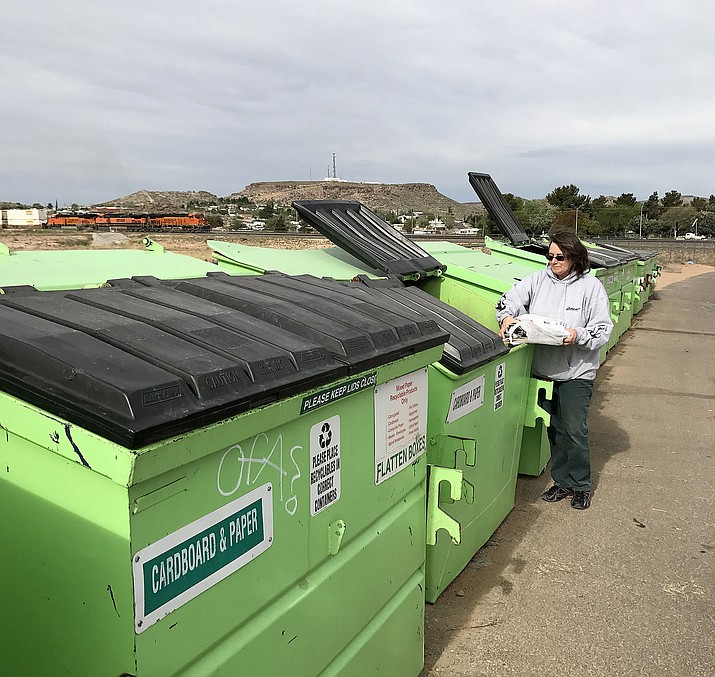 Vice Mayor puts adult center funding in the crosshairs: Vice mayor is wrong. Stick to the plan. Money spent for the community is always wise. When a plan is made, stick to the original plan. It’s always best.

Mysterious boom in the night: C’mon folks, we live in a county thats known for mining. Don’t you think there are probably hundreds of mines out here? Hello. They’re blasting underground. Get real, people.

Tariffs: The taxes that made America great: The U.S. manufacturers went to China, China did not come to us. It’s business’ fault we are in this mess, not the consumer. They should have to bear the costs, if any, not the rest of us.

Clean City Commission on recycling: Does the commission understand recycling is not to earn big money? It is to protect the quality of our lives 10 and 20 years down the road. Penny wise and pound foolish. Stealing a better future from our kids.

Vice Mayor puts adult center funding in crosshairs: Really? Taking funds from the senior center? Does the “Vice Mayor” realize how many seniors we have in Kingman, and how much they spend here? How about we save money by NOT engaging in his ridiculously expensive proposals instead.

Martha McSally: Honoring our frontline heroes: Yes, we SHOULD honor our frontline heroes. We should not USE them as a political tool to make ourselves look important. McSally was not elected, she was appointed. Guess she hasn’t enough to do in Congress – like her job.

Survey results show community is in favor of bond, KUSD board keeps moving forward: What survey? Who did they ask? Not me. I’m not in favor of this bond. The last bond the district built schools that weren’t used for several years. Also what about La Senita? That building’s classrooms aren’t completely occupied.

Battle for the soul of conservatism: Are we militarizing political parties? “Combat Liberalism” for conservative youth. Republicans say that liberals demonize them, BUT who is demonizing who? To end the hate and division, one must end the incendiary rhetoric; a poor way to indoctrinate kids.

Bikes for Books: The Bikes for Books program encompasses reading, public speaking, outdoor exercise and a merit-based reward system. Each of these activities help kids live long, happy and productive lives. Thank you to the great people of the Kingman Masonic Lodge.

A battle for the “soul of youth” reaches Kingman: So the soul of youth is endangered by liberalism? Guess those young people want to care for their parents and grandparents when conservatives cut Social Security and Medicare, as they are working for low wages while paying off college debts.

Infant left alone in car dead - Lake Havasu: This is the kind of story that makes you want to tear your hair out. A small girl’s life snuffed out in the most horrible way because her father is an idiot. Marijuana was obviously more important than his infant.

Christine Flowers: Biden’s Charlottesville comment may help Trump: Angry men marching with swastikas and torches chanting “Jews will not replace us,” hate crimes against Jews HERE in OUR country up 47% since Trump took office. At least Joe Biden knows that Nazis are NEVER “very fine people.”

Wanting to hike Monolith Garden Trail while trying to avoid an accidental bullfight: Forty word limit is not enough to respond correctly, so just let me say: LOL ... city folk.

Mohave Community College board raises taxes: How and the heck did MCC get the right to raise taxes? Just another TAX that I had no vote on.

Video of man shoved off bus released in Vegas murder case: “The department will seek witnesses?” Didn’t we already see the film of the trash-mouth push the man off the bus? Or will it just go away because “he was old” and she was exercising her right to free speech?

Joe Biden: Hopefully and prayerfully Joe Biden will bring our country back to a place of love and normalcy. Hard to believe that Trump people are OK with a mob boss leading our great country.

Domestic Violence: Too many people forget about the animals. You don’t put children over the animals, but a lot of women won’t leave because the cowardly abuser threatens harm aor death to the family pet. More needs to be done here.

City receives interest in community facilities districts: CFDs seem similar to idea the City was quietly floating around 20 years ago. Be aware, if homeowners couldn’t pay their share, a lien on home is placed. Secondly, how is a ‘benefit’ value determined for a capital cost allocation?