Some teenagers find Legislature a dead end for their ideas 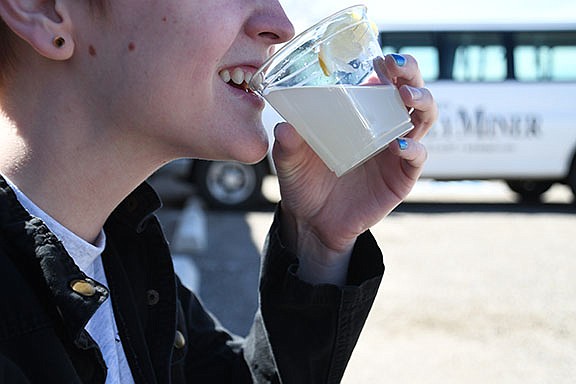 The Republican-led Arizona Legislature has proved receptive in recent years to certain proposals offered up by teenagers, passing laws to designate lemonade as the state drink and copper as the state metal. (Daily Miner file photo)

PHOENIX (AP) – The Republican-led Arizona Legislature has proved receptive in recent years to certain proposals offered up by teenagers, passing laws to designate lemonade as the state drink and copper as the state metal.

But some students who went to the State Capitol this year say they got a different type of reception — if they got one at all — when they tried to pitch proposals on meatier public-policy topics such as gun control, school safety and climate change, the Arizona Capitol Times reported .

While GOP legislators said refusing to sponsor progressive bills doesn't amount to disrespect, some teenage policy advocates said some lawmakers were condescending at times but gushed about the civic involvement of young people who pushed innocuous bills sponsored by Republicans.

Jordan Harb is a Mesa High School senior who last year was among student activists involved in the gun-control issue and who this year backed proposals to require school districts to adopt mental-health plans to help at-risk students.

The legislation this year died in the House, and Harb was irritated that another student-backed bill – the one to designate lemonade the state drink – made it to the desk of Gov. Doug Ducey and got signed by him.

"I feel very disrespected when lawmakers are so eager to work with young people when it's about something stupid," Harb said.

"But when we come to the table with something very well-thought out, written with stakeholders from across the state, actually substantive, we struggle to even have a hearing because lawmakers have that connotation for young people - the only thing you're able to do is write a lemonade bill or a dinosaur bill."

Harb and other students pushed for the proposal on mental health because they thought it had a chance of passage, and it did resonate with some GOP lawmakers. Sen. Kate Brophy McGee sponsored a Senate version of the students' legislation, but her bill and a Democratic-sponsored House version both failed to get House hearings.

Teens who say they've struggled to be taken seriously include Aditi Narayanan, a 16-year-old high school junior who helped organize a student group on climate change.

"A lot of legislators are just like 'Oh, my God, you guys are 16, that's so cute,' and they don't think we actually understand the issues," Narayanan said. "We've had representatives that refused to speak to us."