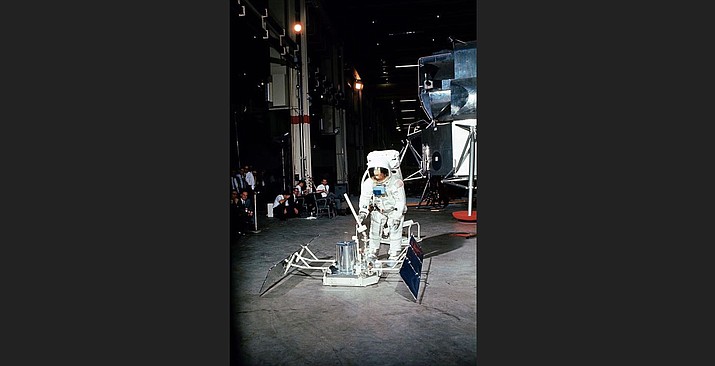 KINGMAN – Landing on the moon was the talk of the nation in the 1960s. Many people who were alive then got to experience history being made, and those who didn’t get to witness it can learn about one of the famous missions to the moon.

Mohave County Library – Kingman branch is hosting The Apollo Program for anyone in the community to come and learn about the mission. The program is divided into five parts.

In the first part, attendees will learn about the astronauts involved in the mission along with other key figures. In Part II, people will get to learn about the different machines used like the command module, service module and lunar module.

Part III takes a closer look at the Saturn V launch vehicle, which was launched a total of 13 times with 12 successes. Part IV is an overview of the Apollo 11 flight plan and a look at the missions preceding it. The final session will be about a rundown of the Apollo flight from pre-launch to splashdown.

All sessions are from 6-7 p.m. every Thursday starting May 30 at the Kingman library, 3269 N. Burbank St. The only session that has a different time and date is Part IV, which will take place from 6-7 p.m. Friday, June 21. The series is for all ages and is free.