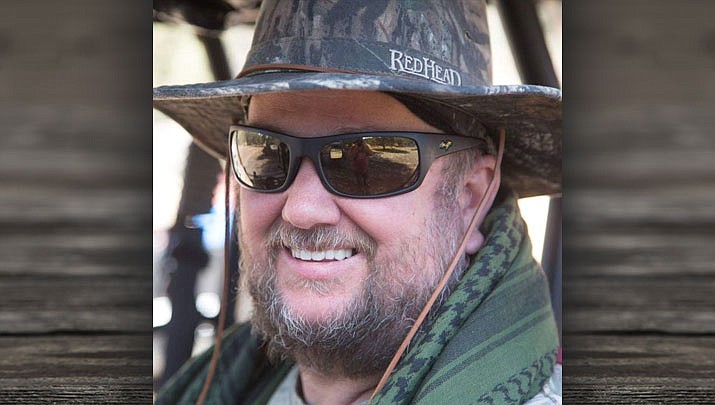 James Douglas Bryant, “Doug” to his friends, was born Feb. 25, 1963 in Apple Valley, California to Clint and Barbara Bryant. He passed away May 17, 2019 after several years of battling cancer.

Doug grew up in Buena Park, California and Bullhead City, Arizona. He graduated from Mohave High School in 1981 and then enlisted in the U.S. Air Force on Sept. 10, 1982. He spent 20 years serving his country, retiring in 2002. He then moved to Arizona to be close to his family and started a pest control business; later working as the Fleet Supervisor for Mohave County. After 10 years, he decided to focus on his Christian education, completing his bachelor’s degree in Christian Ministry.

Once he moved to Kingman, he rededicated his life to the Lord and was involved in many ministries, including Celebrate Recovery and serving on the board at Kingman First Assembly of God. After reading “Wild at Heart,” written by John Eldredge, he was led to start the Men at Heart ministry whose focus is on men and their relationship with the Lord. This ministry has touched many lives, and continues on today.

Doug is survived by his wife; Missy, daughter; Kathleen, his mom, two of his brothers; Mark (Terry) of Las Vegas, Nevada, and Matt (Melissa) of Fort Mohave, Arizona, and many other family members who thought the world of him. He was preceded in death by his dad and brother; John (Mary).

In lieu of flowers, please donate to the cancer research organization of your choice or to the Men at Heart ministry at Hope City Church.