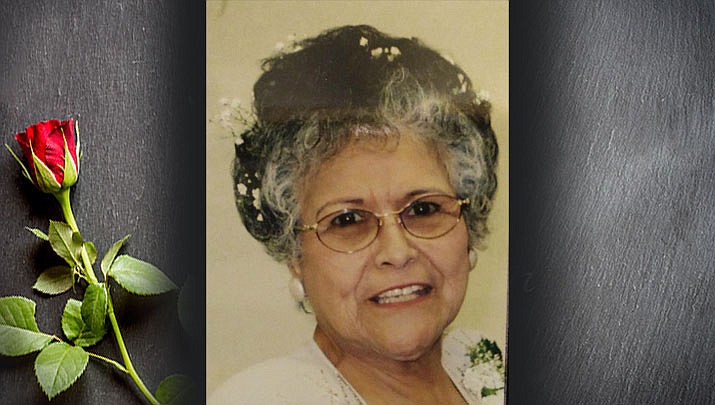 Mary Lou Arellano went home to her Heavenly Father on May 17, 2019. She was born in El Modena (Orange), California on Aug. 29, 1933 to Jovita Diaz and Manuel Lievanos Sr.

She was the youngest of 12 siblings and worked at Fremont Elementary School in Santa Ana. She moved to Kingman, Arizona in 1992. In Kingman, she served as a board member for the Kathryn Heidenreich Senior Center, directed the Mohave Eldercare for many years, was a member of the Women’s Auxiliary for the Knights of Columbus, and was a Vincentian for St. Mary’s Catholic Church for 20 years. She belonged to several Red Hat Society groups in Kingman.

She will be known for her tea parties, Christmas gatherings, potlucks and social events. She was a woman of God who practiced her Catholic faith in everything she did.

She is survived by one brother; Frank Lievanos, her husband of 65 years; William M. Arellano, children; Valerie Irene, Andrea Louise, Michael Torres, Nick Morales, and foster son; Noah Herrera, 20 grandchildren, 9 great-grandchildren and a great-great-granddaughter, along with numerous nieces and nephews.

She was preceded in death by her son; William Mark in 1999. Funeral arrangements by Sutton Memorial Funeral Home, 1701 Sycamore Ave., Kingman, Arizona.