Prep Football: Vols lean on seniors in win over Mohave 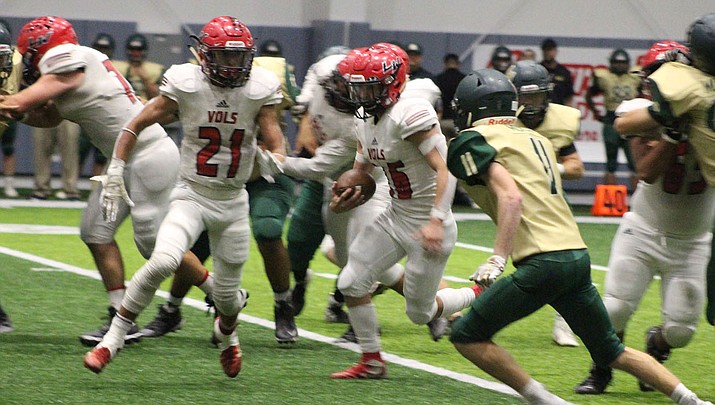 BULLHEAD CITY – It is no secret that Wesley Boyd and Donnie Simms have played an instrumental role for the Lee Williams High School football team during the 2019 season.

Boyd likes to call the seniors a “dynamic duo” and that’s exactly what they were Friday night in a 49-7 win over Mohave at the Anderson Auto Group Fieldhouse in Bullhead City. 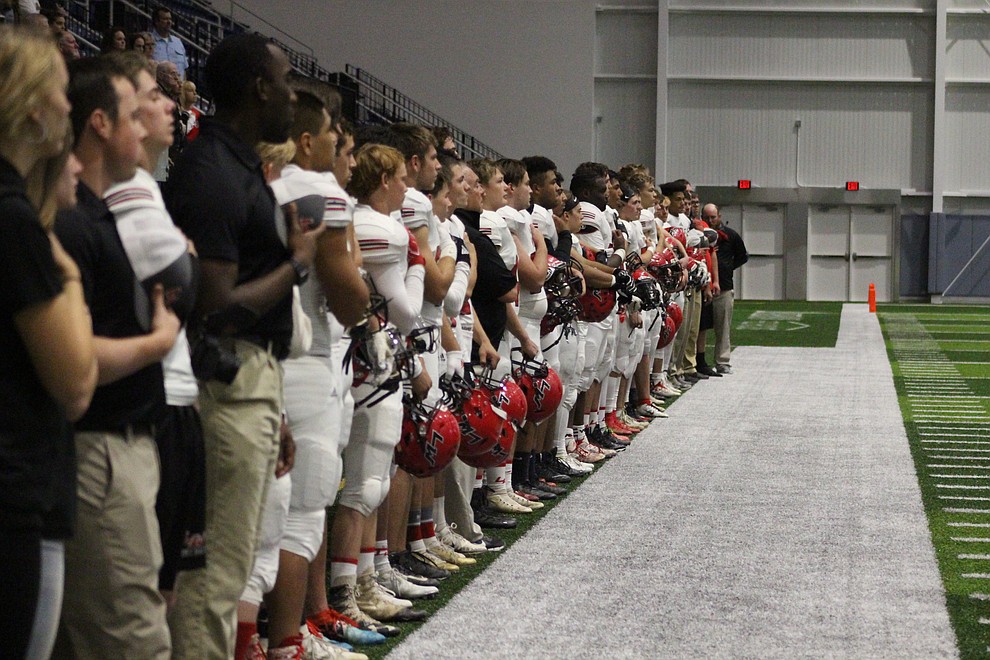 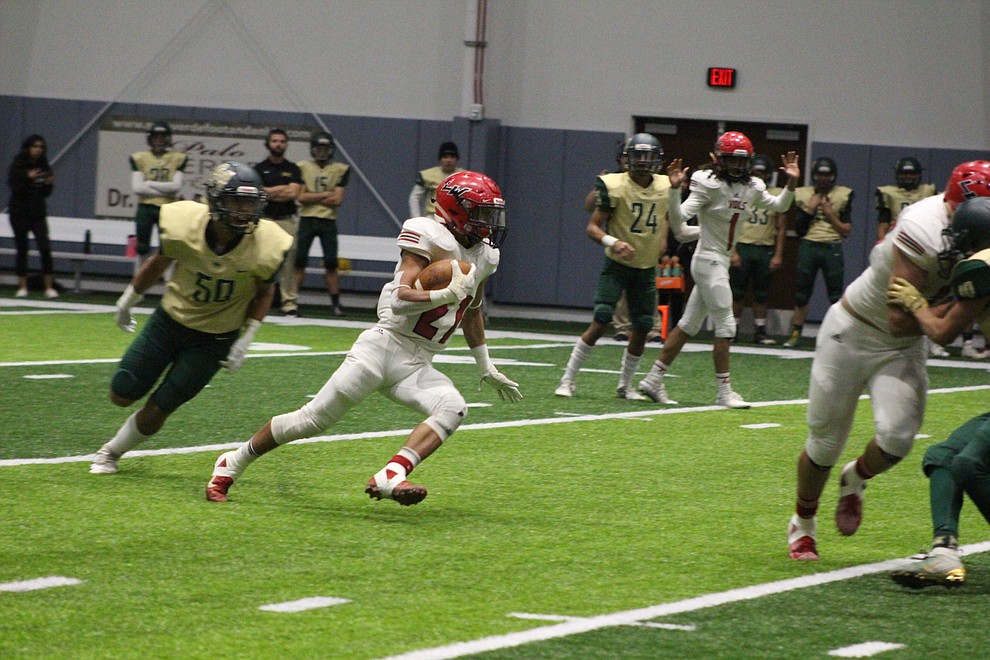 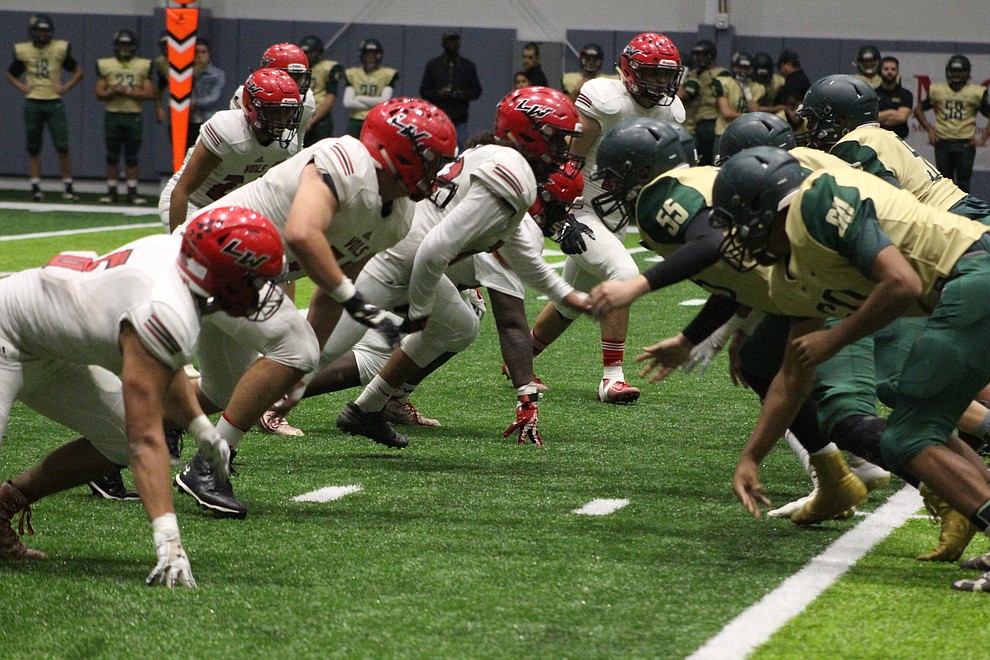 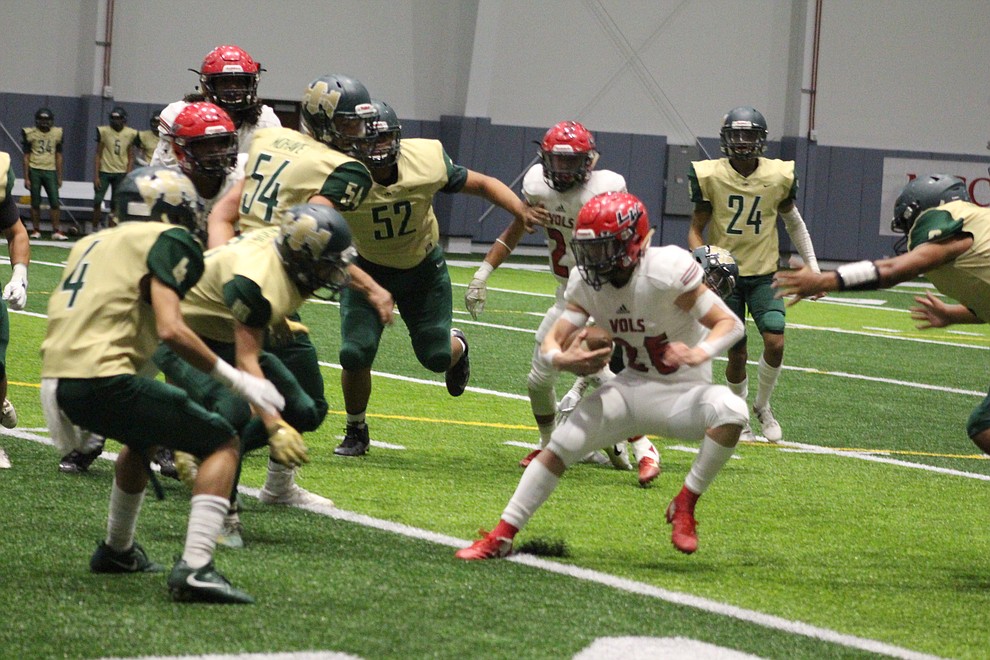 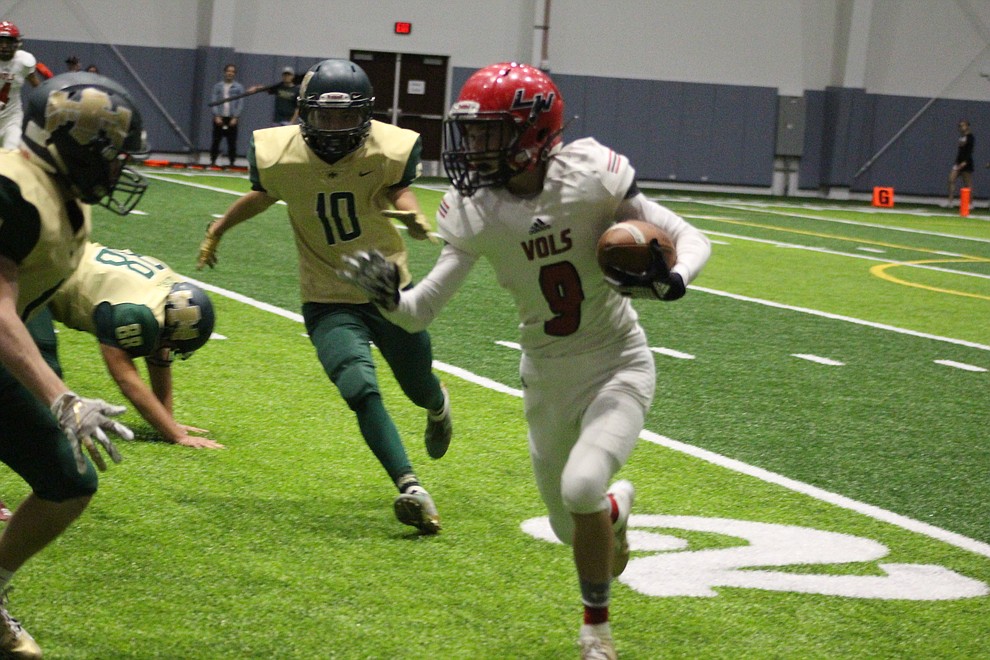 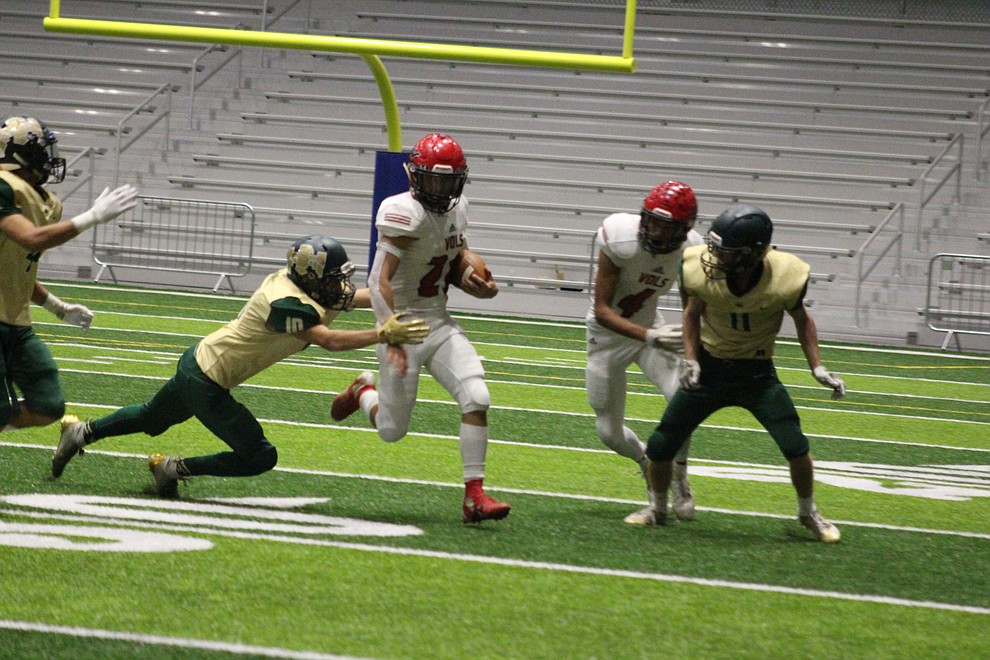 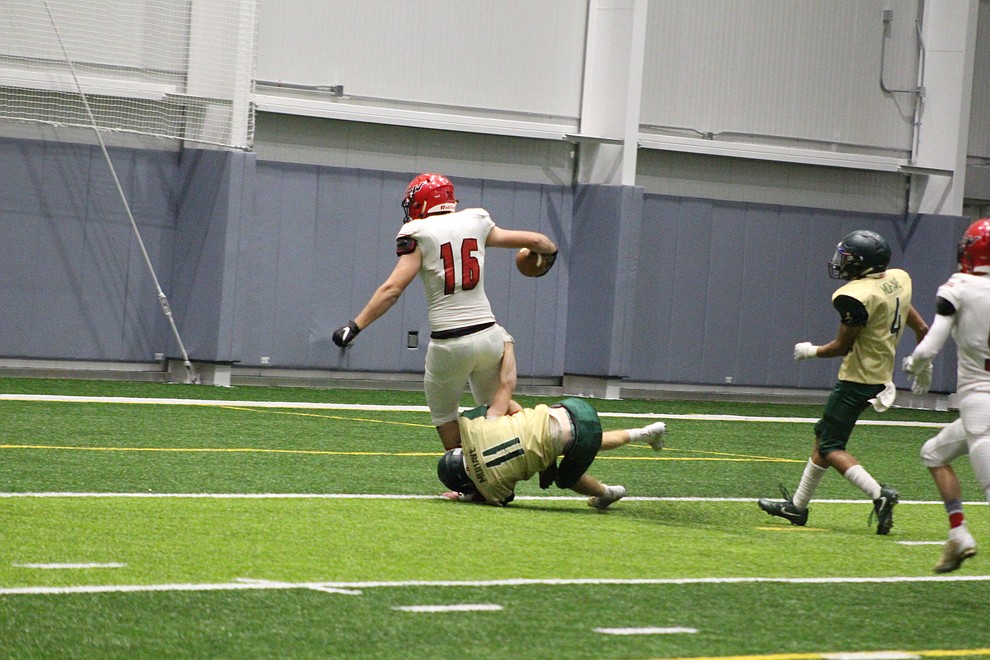 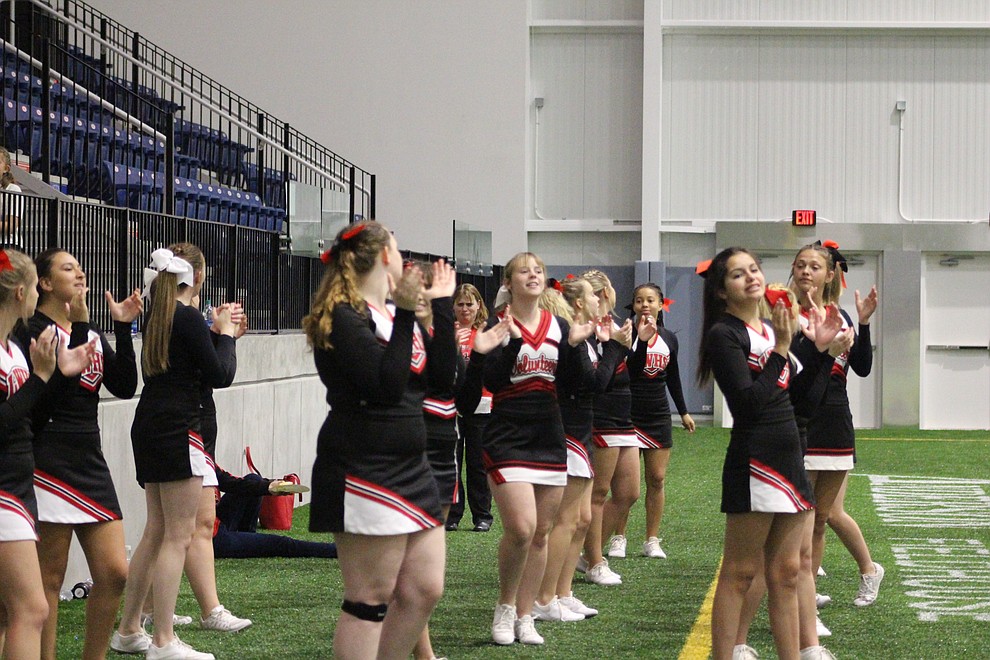 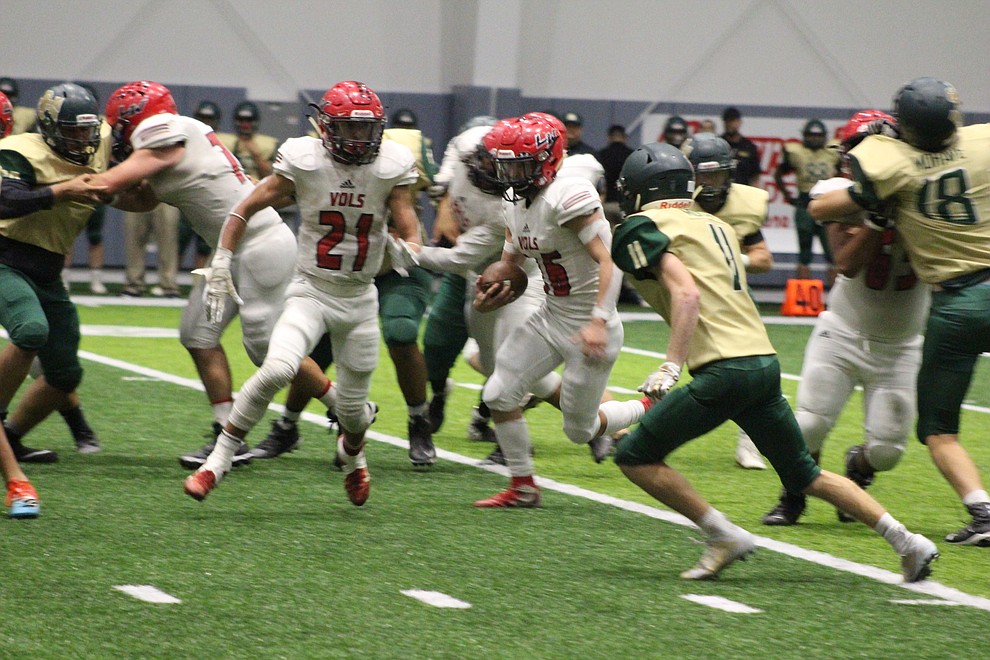 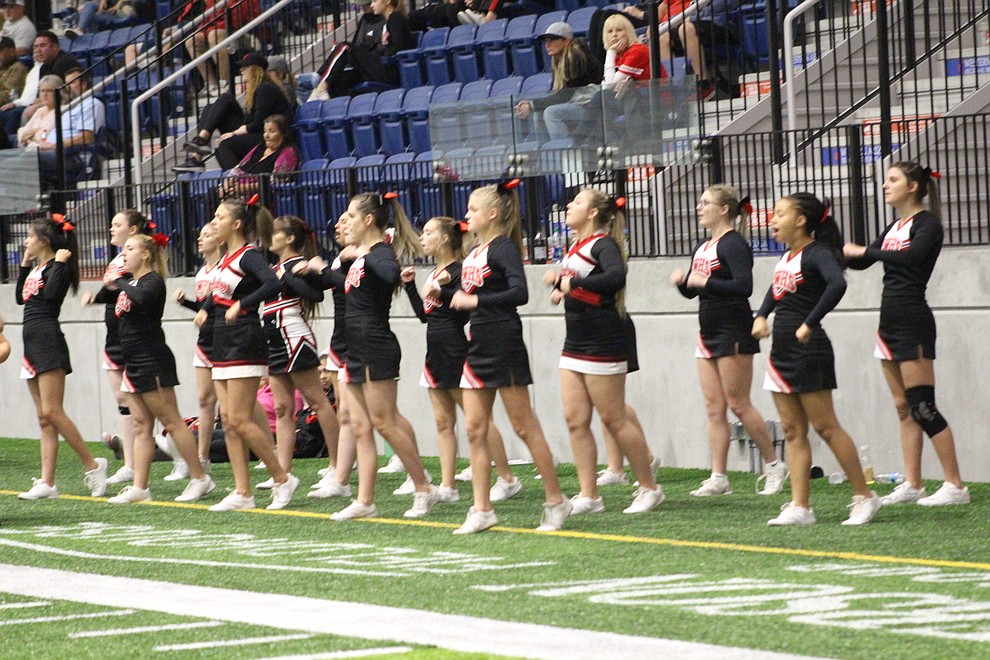 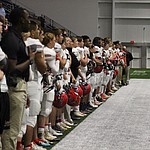 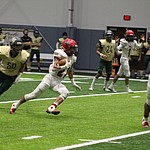 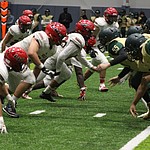 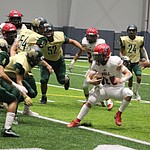 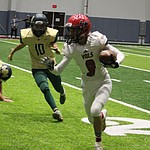 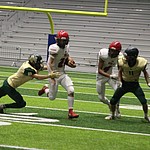 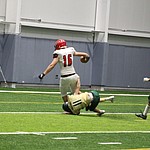 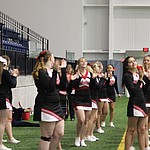 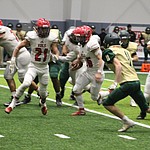 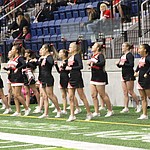 “They complement each other well,” said Vols head coach Patrick O’Boyle. “They’re two very, very good and talented athletes, and just good people altogether. It’s going to be tough to see them go. They did a phenomenal job and they’re great leaders for our kids.”

The duo lived up to O’Boyle’s words by rushing for a combined 319 yards and four touchdowns in a lopsided victory over the T-birds.

However, there was a much bigger accomplishment hiding in those numbers as Boyd broke the school record for rushing yards in a season.

He finished his senior campaign with 894 yards, surpassing Russell Cottrell, who had 756 yards during the 2015 season.

“I couldn’t have done it without my linemen,” Boyd said. “They’re the ones that are making it happen. I follow them and they’re going to lead me and the rest of the team to success. It’s a team thing. They helped me do it and I did it for them.”

But the spotlight wasn’t just on Boyd as Simms made his presence known with two rushing scores along with an interception and a forced fumble that he returned for a touchdown.

“I noticed everyone (on Mohave) was holding the ball kind of loose and I was just waiting for the moment,” Simms said. “He came at me head on and Junior Paulson ate his legs up, and I just stripped it and I kept running. I didn’t know what was happening, I just kept running and that’s when good plays happen.”

Simms mentioned that the play has to be in his top three. And it should be, as it shifted the momentum in favor of the Vols who used a 22-point second quarter to take a 29-0 halftime lead that they never surrendered.

It wasn’t just about Boyd and Simms, as the defense also stepped up to hold Mohave scoreless until there was 15 seconds left in the game.

“The boys competed very hard – what a better way to send the seniors out than with a good win over a good team,” O’Boyle said. “Mohave is a very well-coached team, a disciplined team and a very tough team. Our guys came out and did their jobs, competed very well and fought together. That’s what we were looking for this week. We got back to doing what we do and we were disciplined and we fought for each other. I was very, very happy with the way we played tonight.”

Devean Santos found Levi Beckham for a 33-yard touchdown in the third quarter and Eric Simms added a rushing score in the fourth to account for the final tally.

Lee Williams concludes the season at 5-5 overall, 2-4 in the 4A Grand Canyon Region, but will lose a large group of seniors.

However, O’Boyle knows there are plenty of others waiting in the wings.

“We have to get back in the weight room, do things the right way and make sure people are accountable,” he said. “It’s the juniors’ turn to start leading the program now. We’re looking forward to the future of our program and I can’t be any happier for our kids than I am right now. It’s just a phenomenal way to end the season.”